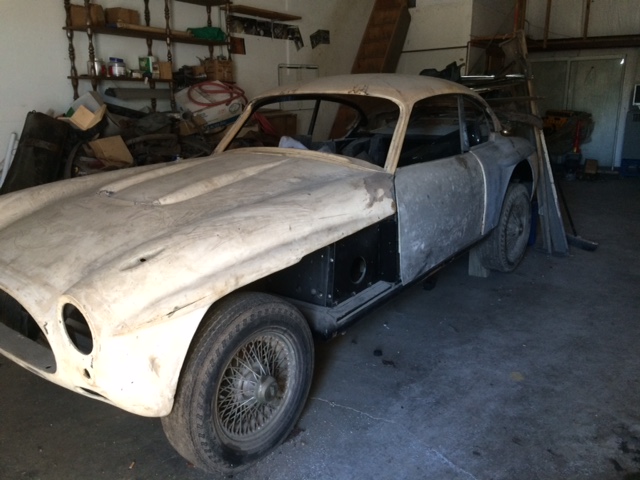 Source: Jensen Owner’s Club – capecodjensen541 – The original story (please note, the vehicle is no longer for sale, it has found it’s new owner and we are delighted to be restoring her back to her former glory…complete with the Corvette 327)

I’m new to the club and I’ll start with stating that I joined this club with the intent of finding a buyer whose affinity for Jensens will hopefully restore this one to its former glory. I stumbled into the opportunity to buy it 2 years ago by chance while I was working. Basically the previous owner died and he had been storing it in a garage bay since the 1970’s. The owner of the garage bay obtained the Jensen as a form of debt settlement from the family. The moment I saw it I knew it was a rare car and bought it and started renting the garage bay it’s currently stored in. I would not have considered purchasing it had it not been for the amount of restoration that had been done to it. Once I uncovered the chassis number it led me to this clubs site and ultimately the back story of how it ended up in Harwich, Cape Cod, Massachusetts, USA.

After a year or so of searching for a way to obtain a title I’ve given up my dream of restoring it. I’ve reached out to a few potential buyers in the states but I feel like this car would be in better hands if it went to someone who truly appreciates Jensens. The only downside is the car is completely apart and looks like the engine mounts were moved when it was converted to american muscle in the 1960’s. From what I can tell the majority of the parts in my garage bay are from the original build. The upholstery is in rough shape but it does say London on it so it looks pretty authentic to me. Most of the trim is intact but it is missing a front and rear windshield and one of the side glass pieces. The gauges and wiring harness are original and there are many totes and crates containing things I don’t even recognize. I was thinking of keeping the engine because its’ a 1960’s corvette 327 which is rare on its own. I figured if someone was going to restore this Jensen they would probably want to put in its original stock engine, but if the price is right I would be willing to let it go.

If anyone is interested or knows someone who would be interested in purchasing please feel free to email me at capecodjensen541@gmail.com Based on the amount of restoration that has been done to the Chassis, front and rear suspension, brakes, and body prep I figure you folks would know its worth better then anyone.

Here are a few pictures of the condition it’s in and I can post more on request.