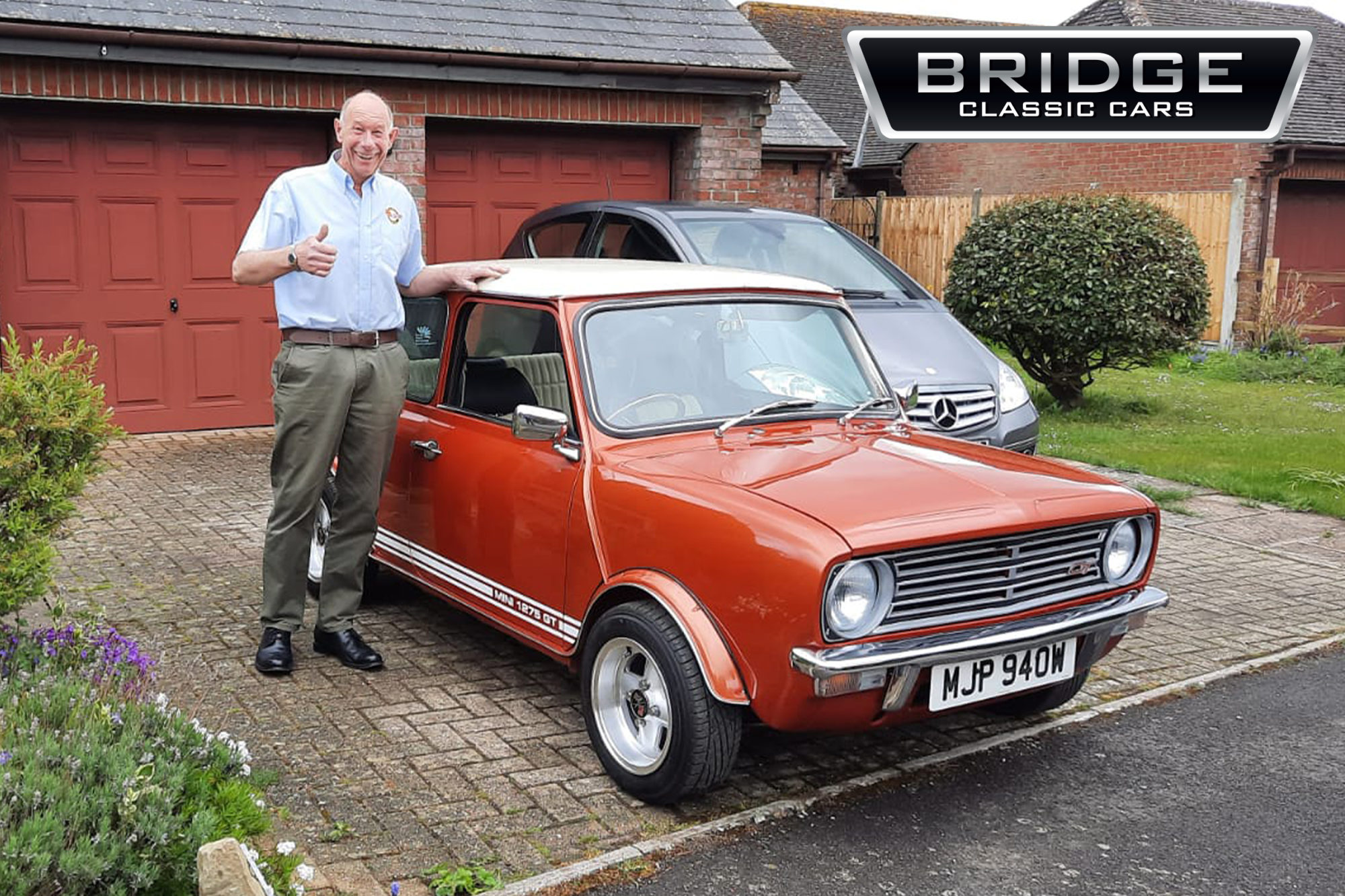 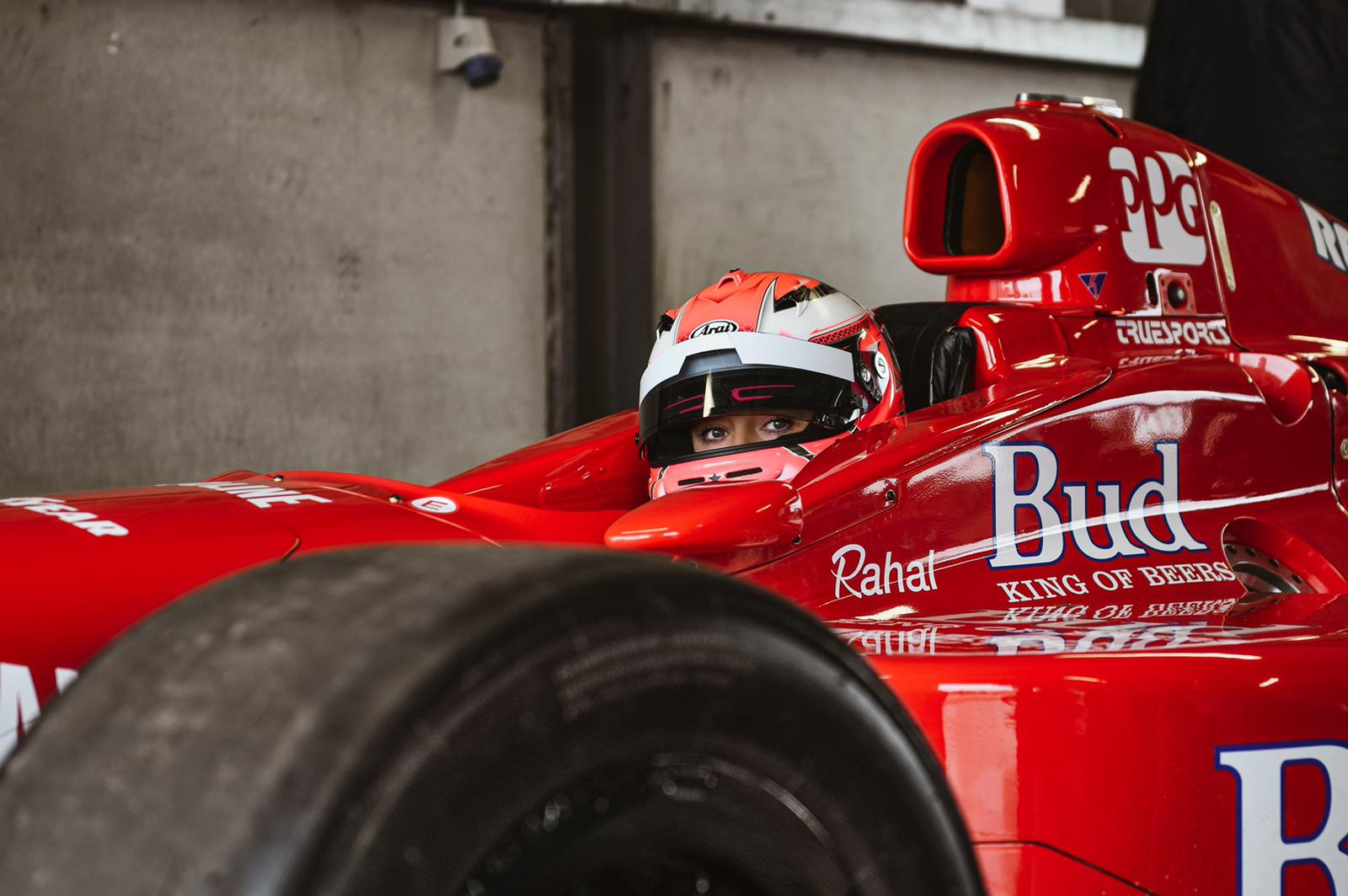 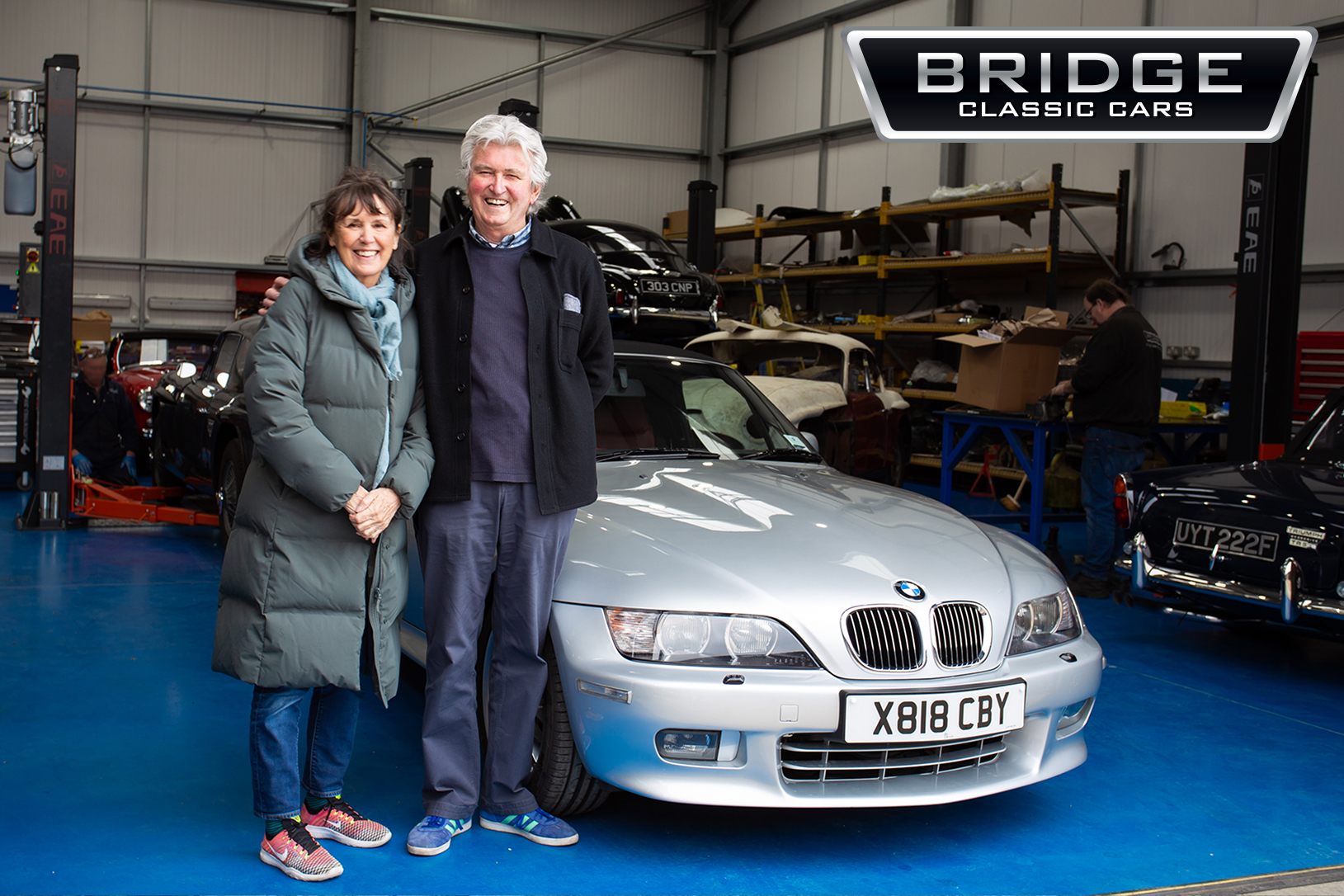 “It’s rather wonderful isn’t it” exclaimed Ian as we revealed his BMW Z3. Ian Logan is the lucky winner of our modern classic BMW Z3

Last but certainly not least, our spectacular orange mini 1275 GT arrived at the David Gair-Steven’s house this week.

We wish you many happy memories in your classic Mini, David!

Jessica Hawkins, British racing driver, was photographed at Donington track driving an Indy Car owned by a friend of Bridge Classic Cars, Mike O’Connor, who you may recognise from our Jaguar Race Car shoot. The event was the inaugural round of the FIA Historic Masters Demonstration Round. This high-speed exhibition is run between the Master’s Races and was a great opportunity for Jessica to try out Mike’s Indy car.

“Jessica is a British racing driver with Excelr8 Motorsport in the Mini Challenge, Cooper Pro Class. With impressive karting credentials and limited experience in saloons and single-seaters, 2017 will be Jessica’s first opportunity to mount a full car Championship campaign. Small in stature but huge in ambition, Jessica is a woman on a mission with a 3-year racing plan to compete successfully in the BTCC.” – jessicahawkinsracing.com/

As well as being a talented racing driver, Jessica is also a TV & Film Stunt and Precision Driver, featuring in the new Bond film; No Time To Die. Jessica is a rising star and an incredibly talented woman in the motorsport industry. Take a read of this interview to learn more about Jessica.

Mike O’Connor, friend of Bridge, works in motorsport as an engineer, driver and dealer.

Matt Woods recently shot the visuals of this stunning machine for Collecting Cars who will be putting it up for sale soon.

Photo credit for the above images: Mike O’Connor, Matt Woods Photography and Jeff Bloxham (not in order)

We’ve got our stunning Chevron going up for sale with Collecting Cars soon as well, which is an original 1970’s F2 car and is an exciting slice of important racing history.

“It’s rather wonderful isn’t it” exclaimed Ian as we revealed his BMW Z3.
Ian Logan is the lucky winner of our modern classic BMW Z3 and made the trip, with his wife Gail, from central London to collect his new car.

Their excitement was tangible as they walked around the car, inspecting their new drive home.

“I can’t thank you enough, it’s incredible” Ian beamed, sat behind the wheel.

Our favourite part of the competitions is seeing the delight of our winners when they see their new motor. We hope Ian and Gail have many happy miles in the car and we can’t wait to see where they take it!

You can see their full reactions in our video below: