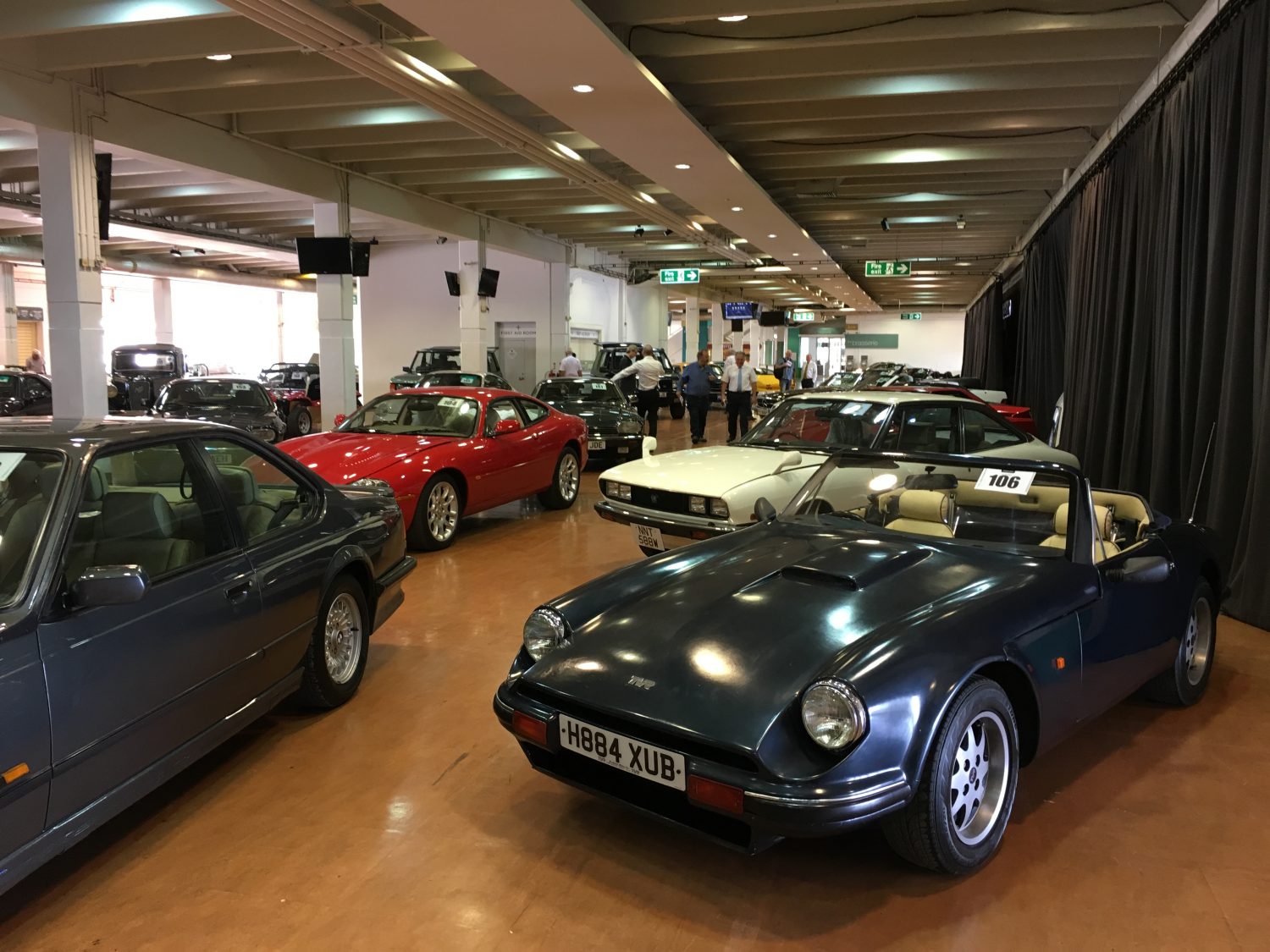 June 13, 2017
We spent a couple of days this week down in Esher, Surrey for the British Heritage, Classic and Sports Cars Auction hosted by Baron's. And what
Read More » 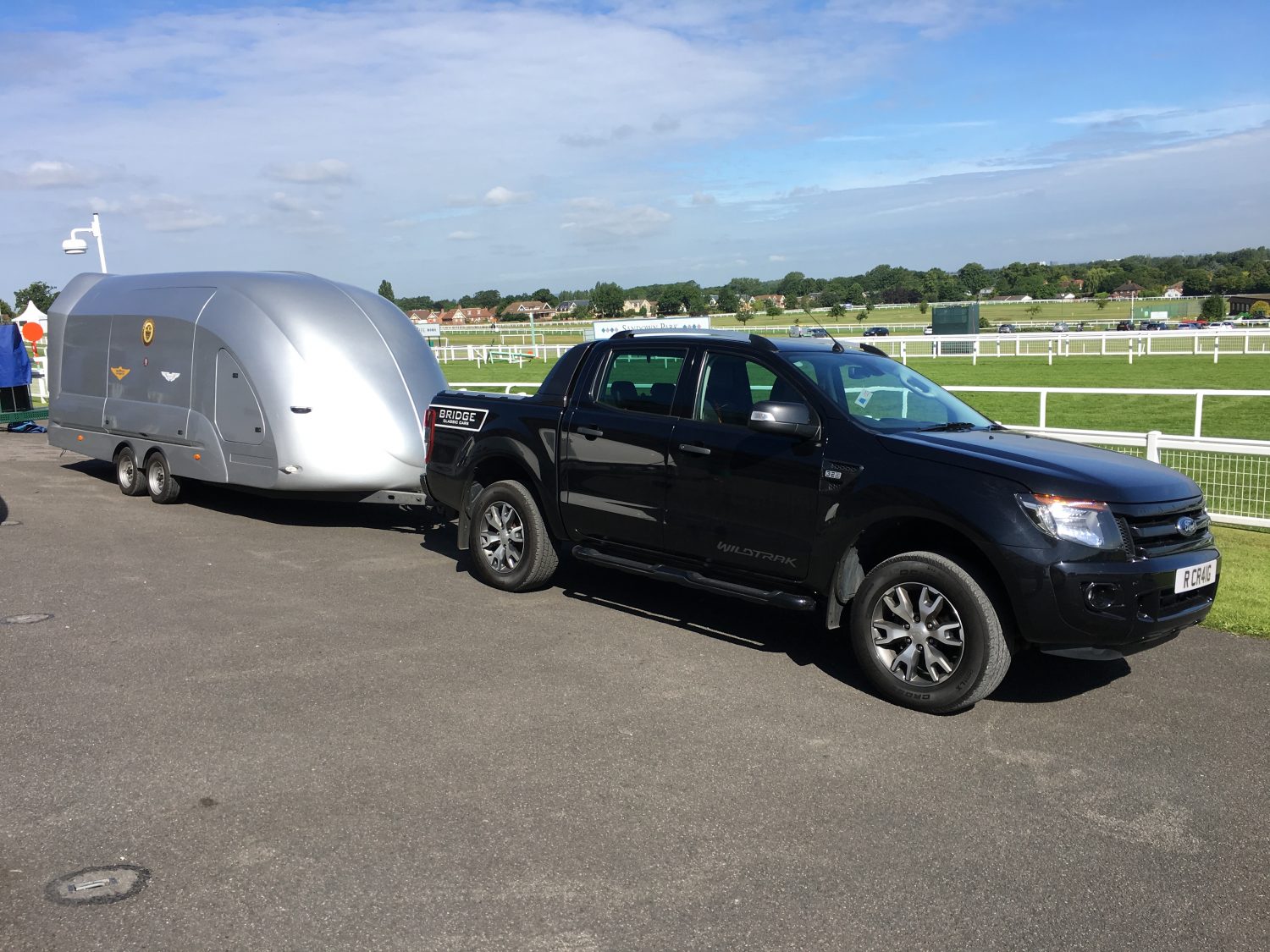 June 12, 2017
It's a bright and early start at Bridge Classic Cars this morning as we load up the lorry ready for the trip to Esher, Surrey
Read More » 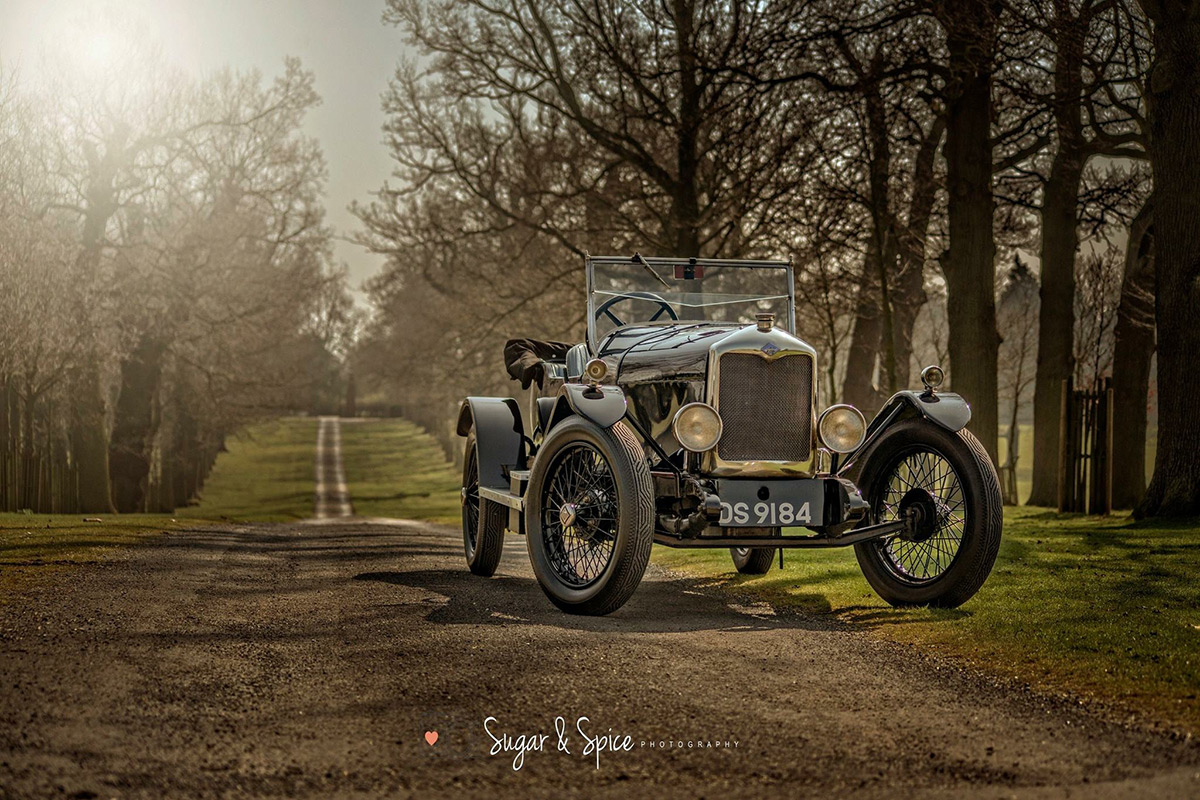 We now have the first few pictures from Tuesday’s Riley 11/40 Sports Tourer photo shoot at Helmingham Hall. Jason from Sugar & Spice Photography is 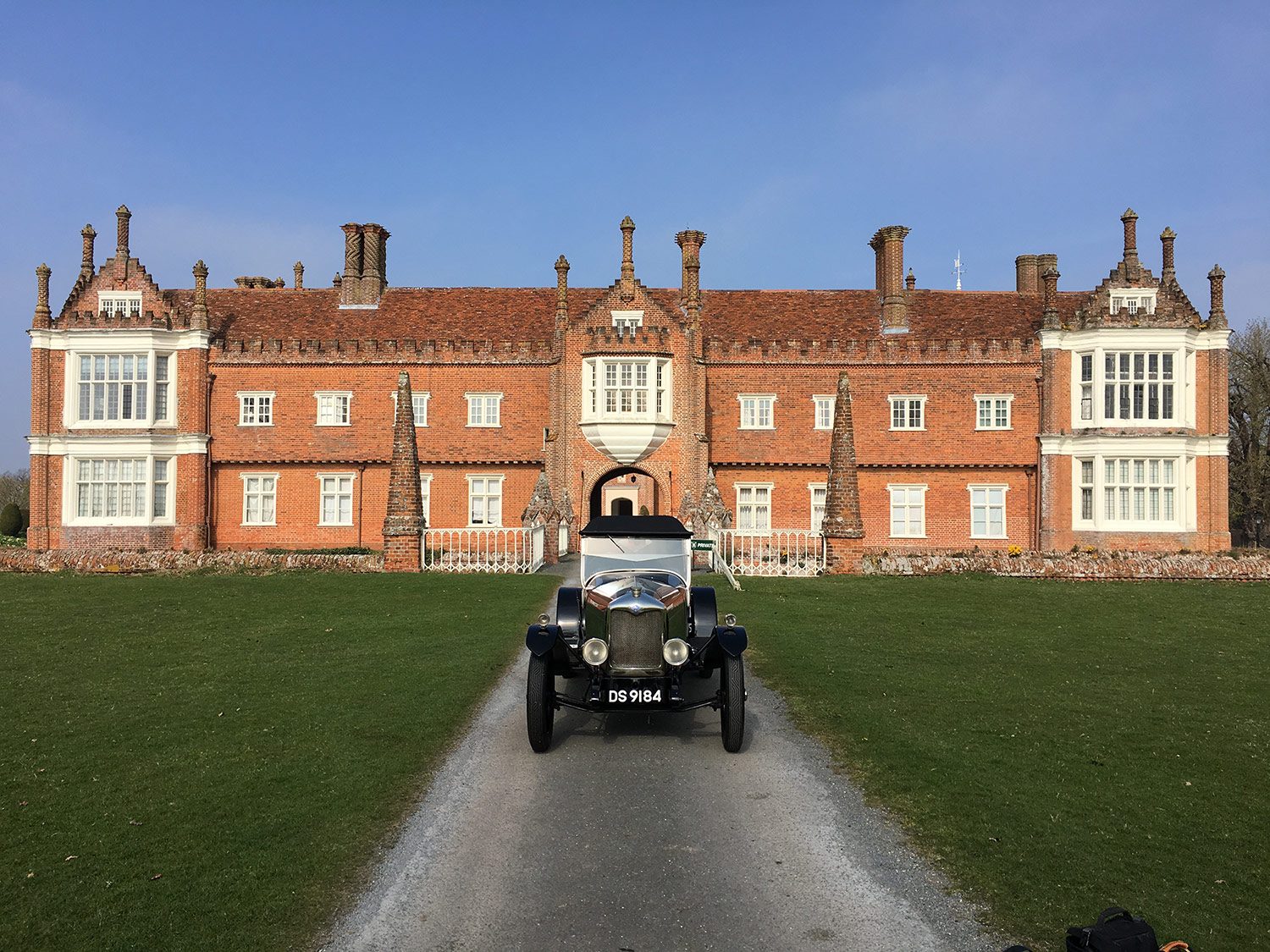 March 28, 2017
Waking up to thick fog this morning we were all looking at the possibility of having to rearrange today's photo shoot. Jason from Sugar and
Read More » 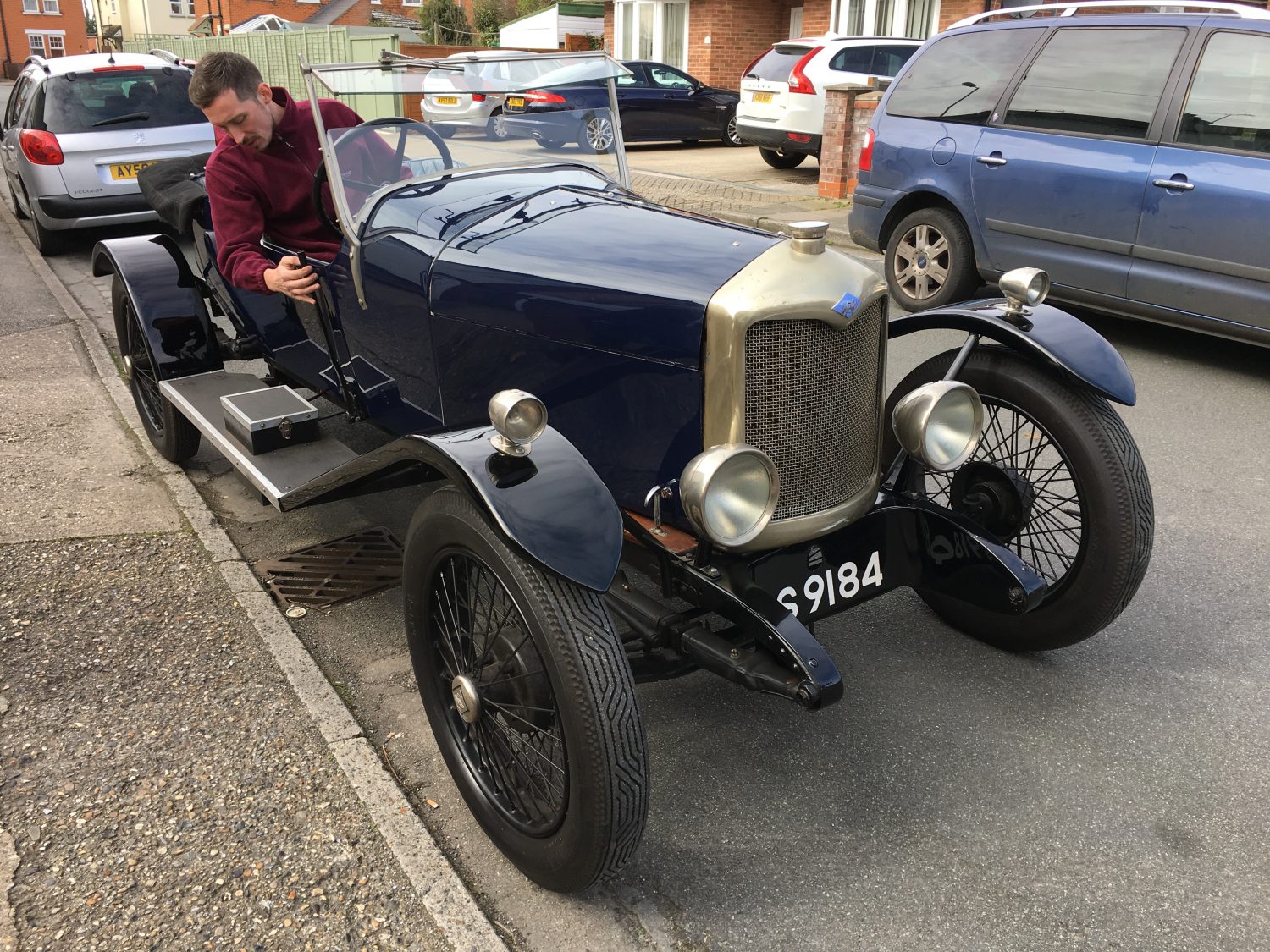 Our wonderful Riley 11/40 Sports Tourer returns! She was part of the Bridge Classic Cars family back in 2012 and we loved her. We are 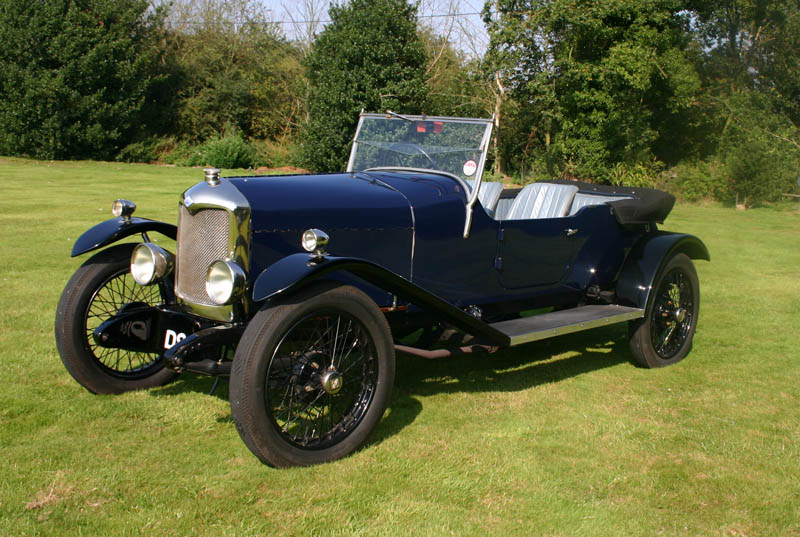 We spent a couple of days this week down in Esher, Surrey for the British Heritage, Classic and Sports Cars Auction hosted by Baron’s. And what a gorgeous couple of days if was, the sun was shining and the turn out was great. As the days get longer and summer creeps around the corner, Baron Classic Cars Auctioneers welcomed their third auction of the year to the beautiful Sandown Park Racecourse. Check out the fantastic collection of cars on offer:

It’s a bright and early start at Bridge Classic Cars this morning as we load up the lorry ready for the trip to Esher, Surrey for the latest British Heritage, Classic and Sports Cars Auction at Sandown Park Racecourse, hosted by Barons Classic Car Auctioneers.

We made good time on the M25 and as the sun was beaming down we didn’t hang about offloading the cars…didn’t want to miss any valuable sunbathing time! We now have the first few pictures from Tuesday’s Riley 11/40 Sports Tourer photo shoot at Helmingham Hall. Jason from Sugar & Spice Photography is busy working through the hundreds of photographs taken in the day but as always, he gives us a sneak peek at a couple of them right away. Waking up to thick fog this morning we were all looking at the possibility of having to rearrange today’s photo shoot.

Jason from Sugar and Spice Photography was reporting on the weather conditions in Felixstowe. All morning the visibility was very poor and with the beautiful open fields at Helmingham Hall he was expecting the visibility at the hall being similar there too.

From 11am the fog started to clear so we all decided to go ahead as planned and it was certainly the right decision.

We were greeted by Katy at Helmingham Hall upon arrival and with the sun beaming down across the grounds we got straight on with unloading the Riley ready for the shoot.

First location for Jason was in front of the stunning hall

Then it was a short trip down to the centre of the famous Festival Of Classic and Sports Cars driveway.

A huge thank you to Katy and the Tollemache family for allowing Bridge Classic Cars access to your wonderful grounds at Helmingham Hall and as always, thank you to Jason at Sugar and Spice Photography for another great shoot. We look forward to seeing the pictures.

She was part of the Bridge Classic Cars family back in 2012 and we loved her. We are very pleased to say that we own her once again. Here she is arriving this morning from Grays in Essex. Previously owned by Bridge Classic Cars back in 2012, we are very pleased to reveal that our stunning 1924 Riley 10.8HP 11/40 Sports Tourer will be returning later in the month. Riley’s sporting 11/40 model was introduced at the Olympia show of 1919. By 1925 its detachable head side-valve engine had risen in capacity to 1645cc, increasing output from the initial 35bhp to 42. A variety of bodystyles were offered, many of which were the work of Midland Motor Body, while a number of other cars were exported in chassis form – not least to the Antipodes, where demand for the 11/40 was strong.

‘DS 9184’ is an example of the latter, having been shipped to Australia in 1925 and clothed in a local four-seat Touring body.

For the war years it was apparently transformed into a Ute, before being laid up in a country garage for the ensuing 40 years. Enthusiast Bernie Jacobson was evidently the man who awoke the Riley from its slumbers, whereupon it was totally stripped and fitted with a new hand-crafted all-alloy body courtesy of Coachcraft of Melbourne. The original engine, gearbox, rear axle and running gear were all attended to at the same time, and the Tourer treated to fresh interior leather trim and a brand new soft top. The estimated cost of the work undertaken is £80,000 to £100,000.

This delightful little veteran features Deep Prussian Blue bodywork paired with Black wings, the design of which is notably minimalist. The smart interior boasts Light Blue hide upholstery and matching carpets, and the 11/40 rides on colour-keyed wire wheels. Inclement weather can be excluded by a large Black mohair hood that is memorable for its Rileyesque diamond-shaped rear window. The vendor informs us that the overhauled engine is ‘beautifully detailed, in excellent order, starts instantly, and pulls strongly and smoothly through the gears’. ‘DS 9184 has apparently travelled few miles since all the work was completed and is now offered complete with a comprehensive file detailing the restoration, plus a variety of magazine articles featuring the car.