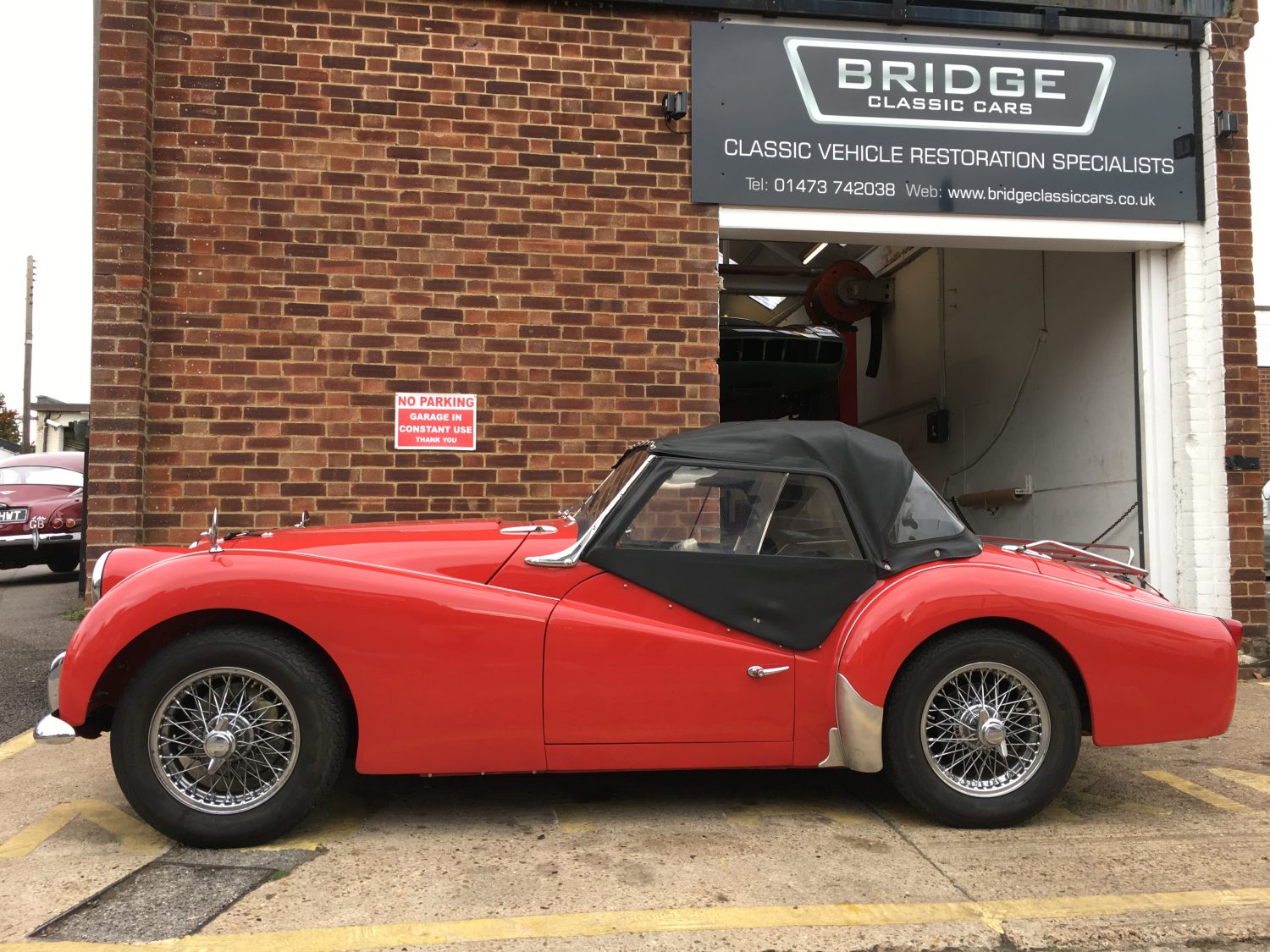 1959 Triumph TR3A – reports of the overdrive not operating

October 28, 2016
This wonderful little classic has been brought in to us today as the overdrive has decided to stop working. And as there's an important (and
Read More »

1959 Triumph TR3A – reports of the overdrive not operating

This wonderful little classic has been brought in to us today as the overdrive has decided to stop working.

And as there’s an important (and secret) run that she’s due to be on on Sunday we’ve pulled out all the stops to squeeze her in. The issue we had was that there was no power to the overdrive, at the operating solenoid.

This was chased back to the relay that had no power being sent across it.

This was then further chased back to the fuse box where the power would ordinarily be coming from. We found a poor terminal connection at the fuse box.

Thanks to our good friends down at NTG in Ipswich who had one remaining on the shelf the job has not be held up by any parts needing to be couriered in. When corrected, everything started to work as it should.

Then, just as we thought we could sit back we operated her a few times before the control relay packed up.

A new one was sourced immediately and she is now ready for her secret meet on Sunday.