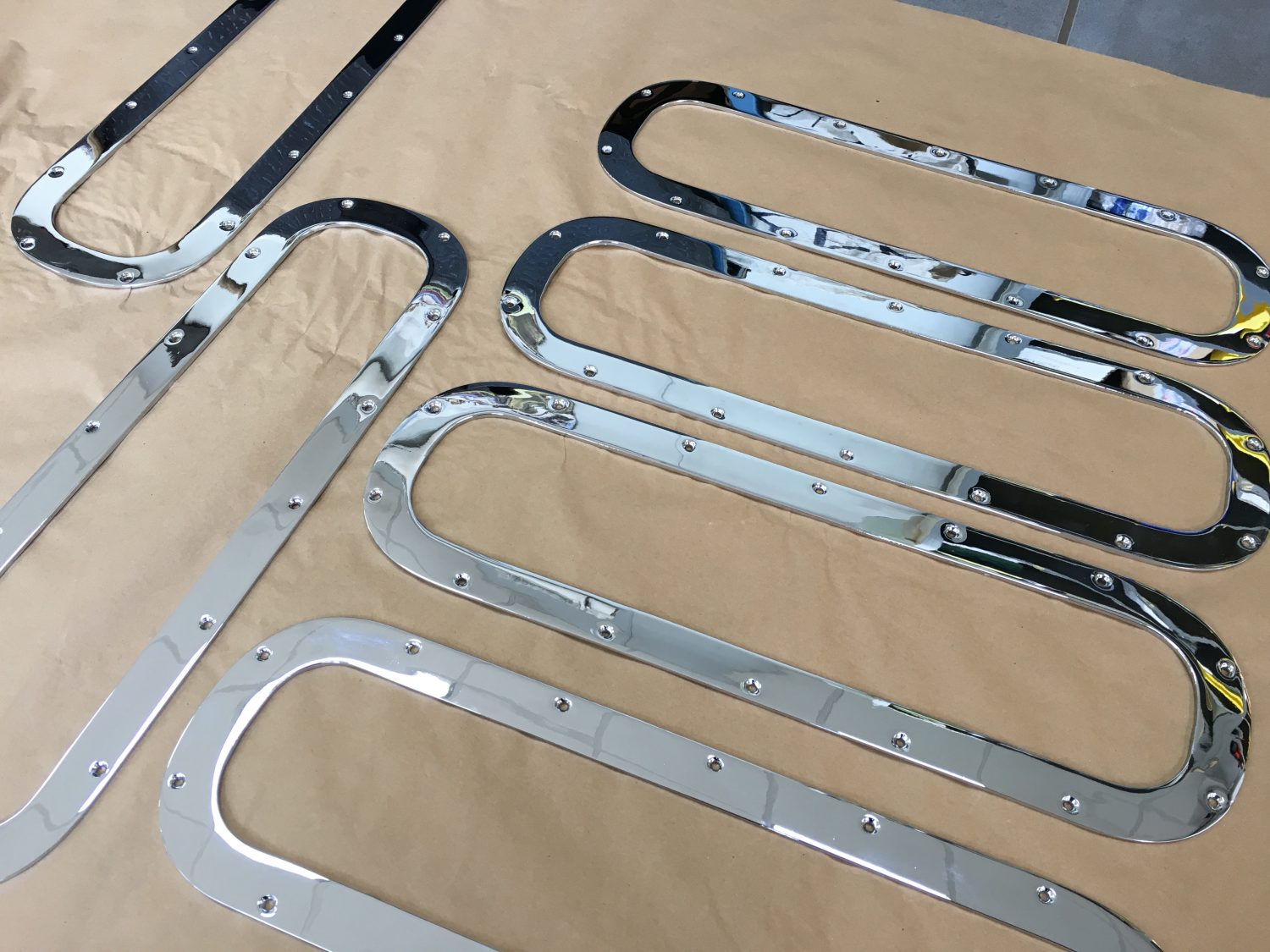 New lease of life for the Twister chrome

The Twister Yacht chrome window frames have now returned and looking stunning. Justin time for the summer season to begin. Time to get them fitted 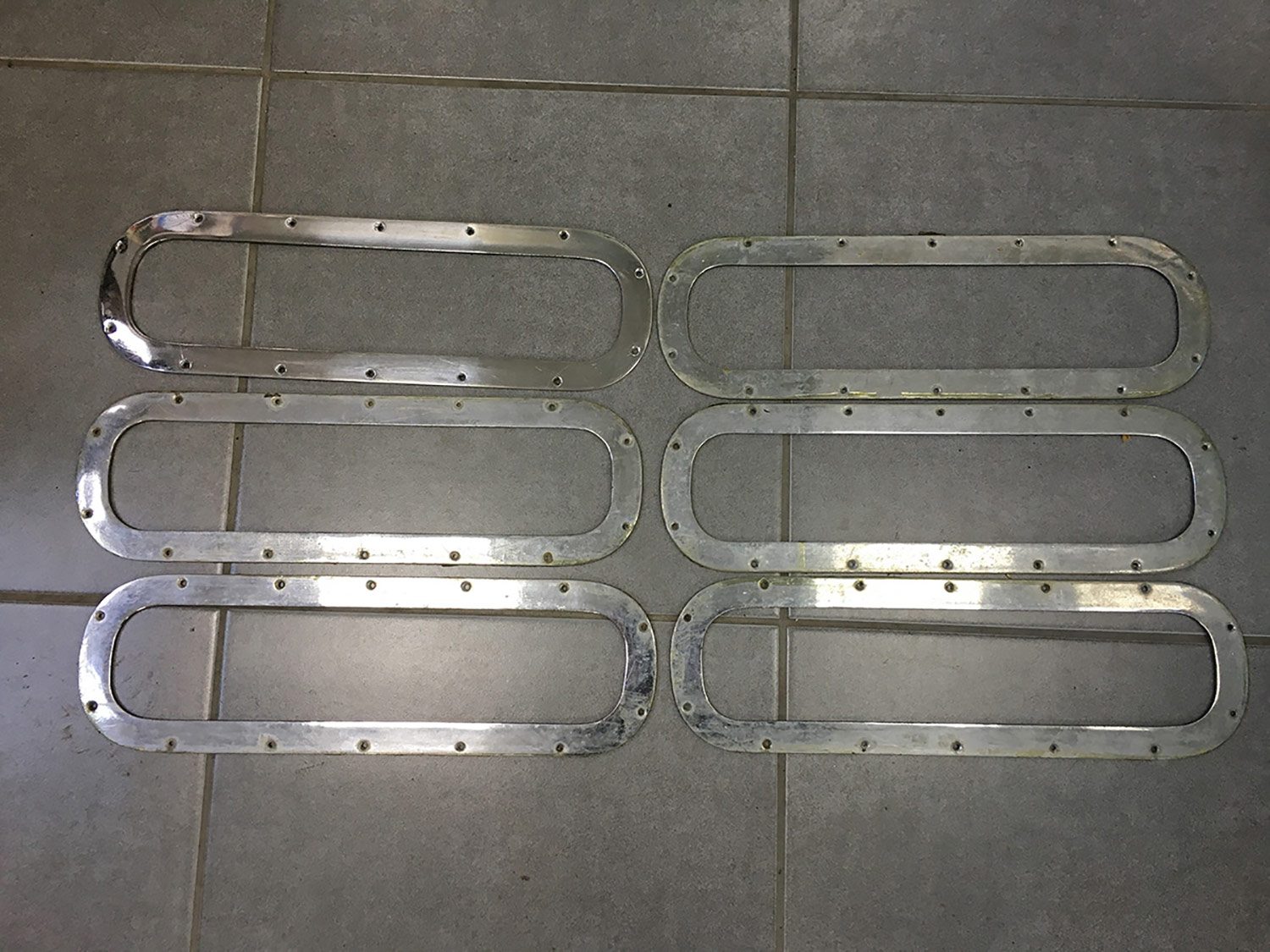 Here we have the window frames from a 1960’s designed classic yacht The Twister. The Twister was designed by internationally renowned naval architect Kim Holman who was 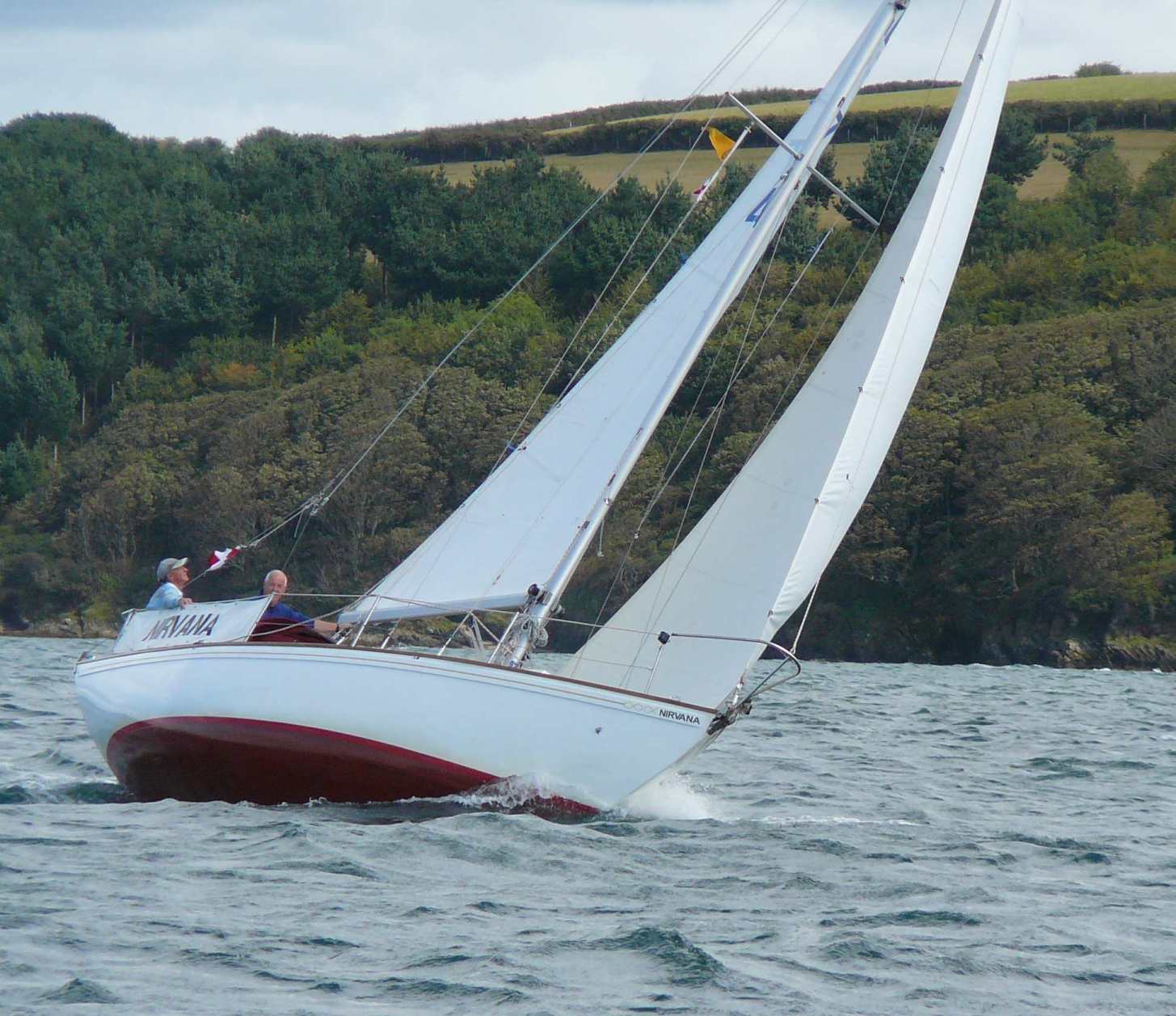 Sources: Peter from twister.org.uk and Suffolk Yacht Harbour and Classic Boat The Original Twister Conceived by ‘Kim’ Holman in 1963 the original Twister of Mersea was designed

New lease of life for the Twister chrome

The Twister Yacht chrome window frames have now returned and looking stunning. Justin time for the summer season to begin. Time to get them fitted up and for the Twister to get back on the open seas! Here we have the window frames from a 1960’s designed classic yacht The Twister. The Twister was designed by internationally renowned naval architect Kim Holman who was one of the founding members of Suffolk Yacht Harbour.

Peter has come in to us with a request slightly out of the ordinary for us but certainly something that we can do.

These are the surrounds from the windows of this beautiful yacht. To get her ready for the summer we have been asked to re-chrome and polish. Conceived by ‘Kim’ Holman in 1963 the original Twister of Mersea was designed to optimise the rating rules of the time. Based on his experience with the Stella Kim designed the Twister to have more draft, carry more sail and yet ‘rate’ the same …. and he got it right!

In her first season Twister of Mersea virtually carried all before her, an achievement she was to repeat for the next few years. It was not long before other owners commissioned Twisters in order to get a slice of the action. In all about 30 wooden Twisters were built by a variety of builders. GRP was then in it’s early days and it soon became apparent that there would be a market for series production of the Twister as a GRP Cruiser/Racer.

The design was modified slightly to suit the moulding process. The length was increased by 6”, the draft reduced by 3” and the bow section was made slightly fuller. The first GRP hull was moulded in 1964. The Hull and Deck were GRP mouldings by Tyler’s whilst the cockpit and coachroof were of traditional timber construction.

This was a very attractive combination though obviously labour intensive and the debut of the first all GRP version in 1969 was inevitable. For a while both versions were available but it was not long before the Composite was dropped in favour of the cheaper to build all GRP version. Whilst the majority of Twisters were built in the ‘60’s and ‘70’s Tyler’s continued to produce mouldings through into the late ‘90’s when the business ceased trading.

The moulds were by then in a poor state of repair and beyond further use. In the early days Uphams completed nearly all the boats but in later years other builders fitted out many and a significant number of mouldings were sold for amateur completion.

Traditional design that can still outperform more modern ones

All Holman’s designs were good looking and the Twister is arguably the prettiest. By today’s standards she is a heavy yacht with a large wetted area and a relatively small sail area. One you might expect only to go well in a blow.

Surprisingly the Twister still outperforms many much lighter ‘modern’ designs in light airs too and always with impeccable manners and a ‘finger-light’ helm.

When asked ‘why does the Twister sail so well?’ Kim’s reply of ‘I don’t know …. I just got it right’, surely sums up his modest genius better than a page of explanations. If you have a Twister you will know exactly what we mean. If you haven’t and you are thinking of buying one of these true modern classics you won’t be disappointed!