antique.inc have shared this stunning photo of our 1961 Jensen 541S on Instagram. This vehicle was fully restored by ourselves here at Bridge Classic Cars 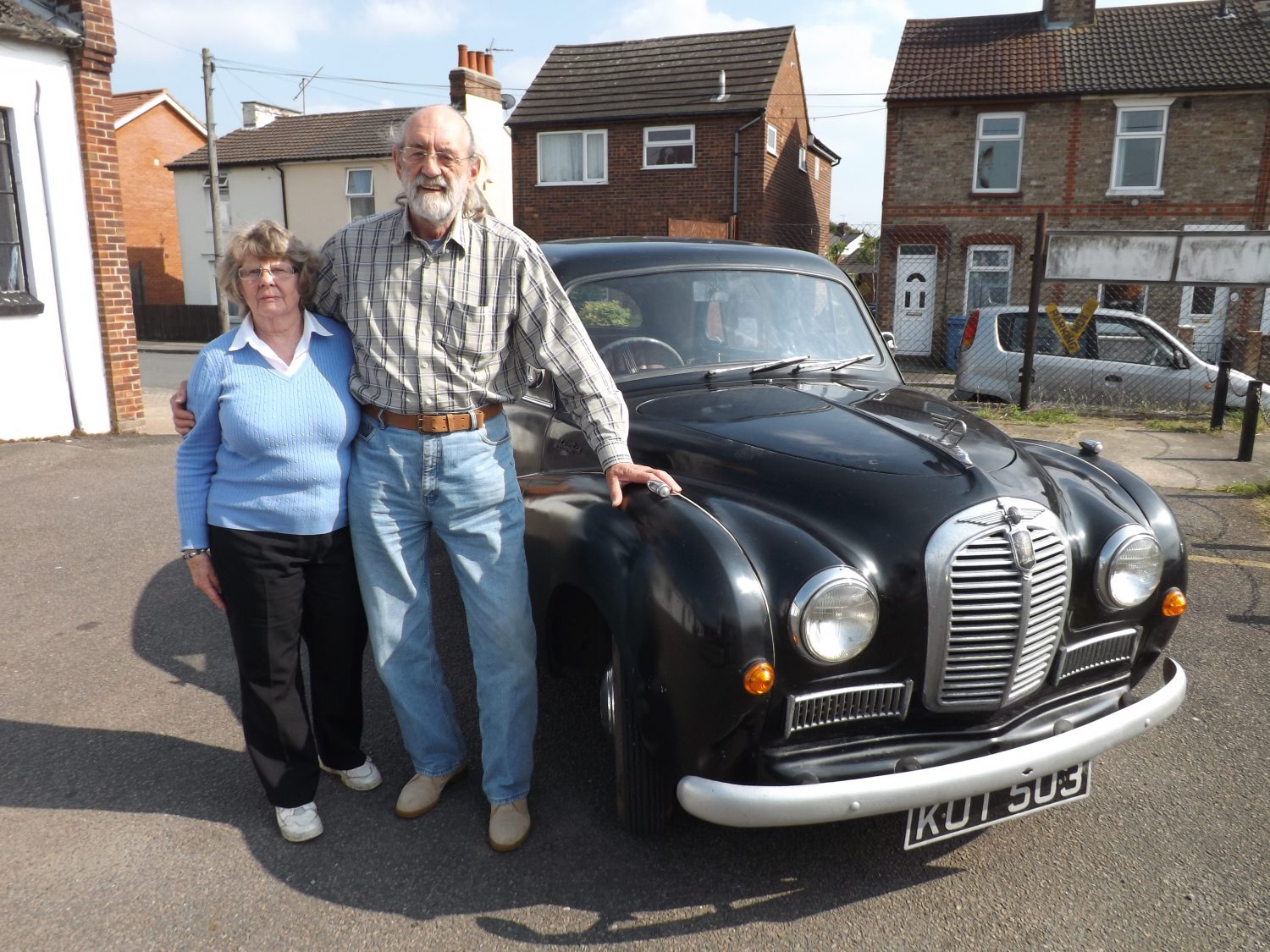 May 28, 2016
Last month we told you how delighted we were to feature in the May 2016 edition of the EADT's Suffolk Magazine with a fantastic piece
Read More » 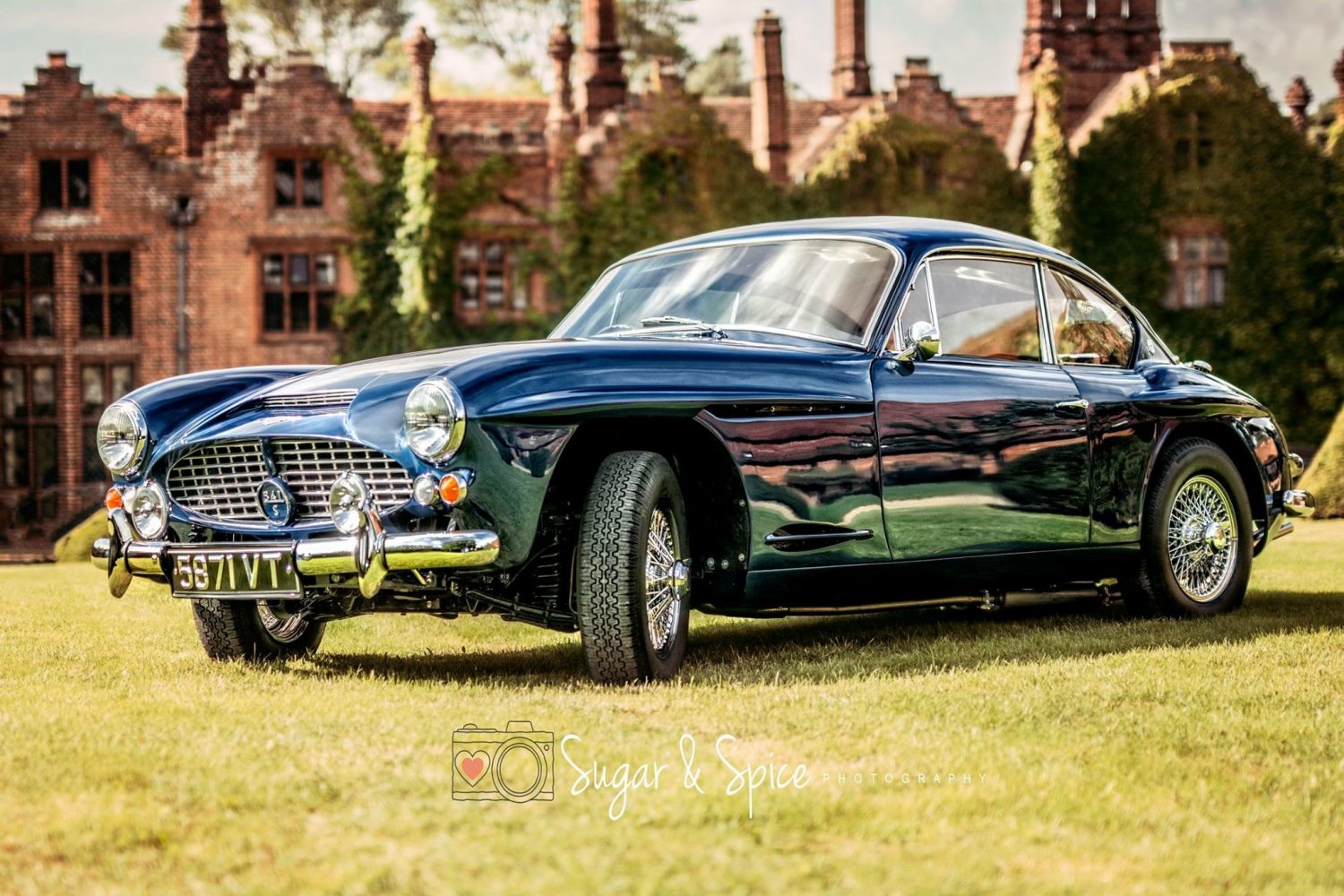 antique.inc have shared this stunning photo of our 1961 Jensen 541S on Instagram. This vehicle was fully restored by ourselves here at Bridge Classic Cars and was one of the first Jensen 541’s we fully restored.

Since then, we have worked on several of these stunning vehicles and become very familiar with their quirks and intricacies.

Last month we told you how delighted we were to feature in the May 2016 edition of the EADT’s Suffolk Magazine with a fantastic piece on our very own Jensen 541S restoration. On Wednesday 25th May we received a lovely email into the office from a Mr and Mrs Smith:

“I was thrilled to see the car I owned for 31 years restored to pristine glory in the Suffolk magazine, I have several photo’s of the car under restoration, I and a colleague made the tubes and did the welding on the chassis but sadly time over took me you see I am in my 77th year. The Jensen originally came from Ipswich a publican owned it and used it to go onto the beach at Felixstowe I bought it from a man in Hadliegh and drove it home about 2-00am with a very noisy exhaust what a thrill. I still have several cars we currently use for local trips an Austin A40 Somerset & a Ford Consul Mk1 also a number of others from 1923 to 1979 I do have some photo’s of the 541s and we do live in Suffolk on the Norfolk border I and my wife would love to come and see your workshop. Regards William Smith”

On Saturday 28th May, we welcomed Doreen and William Smith to the Bridge Classic Cars workshops to have a chat and show us some images that they had from when they owned the 1961 Jensen 541S. They loved the canvas print that we had on display in the workshop and we showed them the full gallery of the restoration project and the fantastic photoshoot from Sugar and Spice Photography, held at Seckford Hall in Woodbridge, Suffolk History of the Jensen 541S

The Jensen 541S was Jensen Motors luxury GT model of the Jensen 541 series, being 4″ wider than the 541R, which had the advantages of making the interior roomier and improving the road holding. The 541S had a conventional radiator grill (as opposed to the flap of the 541) to allow for the extra heat given by a proposed new V8 engine, and a Salisbury limited slip differential for the extra torque demanded.

Jensen used their own powerful version of the Austin DS5 4-litre straight-six engine (featuring triple SU carburetor, a high compression Weslake head with custom-made twin exhaust manifolds and an alloy baffled sump/oil cooler) in the 541S. Initially the Jensen brothers tested Chrysler Hemi V8s in the 541S, also trialed in Richard Jensen’s Jensen 541 deluxe, but none were used because of supply difficulties. One was fitted with a Chevrolet 327 V8 however, at Donald Healey‘s request. A total of 127 cars were hand-built between 1960 and 1962 at Jensen’s West Bromwich factory, most having GM-licensed Rolls-Royce hydramatic gearboxes. This was innovative at the time as performance cars mainly had manual gearboxes. It also suited the criteria of effortless speed and luxurious long distance driving Jensen set for their new car, although twenty-two were fitted with Moss manual gear boxes at the request of their prospective owners.

The Jensen 541S is also notable for being the first British car to have seat belts fitted as standard equipment. Another first for the 541 series was the use of Dunlop disc brakes on all four wheels. A rack and pinion steering system was employed, giving the car very positive steering. Other safety equipment included a padded windscreen surround, fire extinguisher and first-aid kit. Each car was also fitted with a Motorola radio.

The 541S was superseded by the Chrysler Golden Commando V8 powered Jensen CV8 model, which inherited from the 541S the same wheelbase and track dimensions, as well as the Jensen ethos of safe, easy, comfortable and fast inter-continental travel while the groundbreaking 1966 Jensen FF used a perimeter tube style chassis first tried on the 541 series of cars. No of Seats: 4 Seater

This Jensen 541S was found in a farm building in Boxford Suffolk. The owner had bought two Jensen’s a 541 and the 541S. He had previously restored a 541S.

The Jensen 541S was disassembled, having its interior removed and the engine stripped. Some parts were missing. It was purchased by Bridge Classic Cars as a restoration project.

The large tubular chassis has been totally restored and or replaced.

The remaining chassis structure was sandblasted and repaired as necessary and the total chassis was painted in gloss chassis black.

The foot wells, front and back, are made of triple marine ply that is protected on both sides with 3mm aluminium plate and bonded to the chassis cross and longitude rails.

In the front floors pans there are removable panels to access the jack mounts. These apertures are closed with the same floor structure with a holding wing nut’s and secondary clamps.

The suspension was totally rebuilt and Proteck Adjustable shock absorbers were fitted.

The front dampers were rebuilt by SCP (Specialist Car Products) of Tamworth.

All the running gear was removed from the car. The back axle was stripped, cleaned and rebuilt and the casings again were painted black. The differential was filled with “COMMA LSD LS80W-90 differential oil”.

The braking system was totally rebuilt. The calliper’s were rebuilt and refurbished by “Past Parts” of Bury St Edmunds as was the brake servo.

New wheel bearings were fitted and the steering rack was totally rebuilt and fitted with “Morris Lubricants KP400” rather than normal grease to lighten the non power assisted steering.

The fuel system has been totally rebuilt or renewed using the existing fuel tank.

The exhaust is bespoke stainless with twin pipes manufactured by others and fitted by us during refitting.

The glass fibre body was in reasonable condition and free of any previous accident damage.

It had been stripped of top coat paint leaving a faded grey colour which had over the years been left to the elements.

Crazing within the main body tub was minimal but there was more crazing on the one piece bonnet section.

The body was totally stripped for paint and all crazing was taken back to original fibre mat, repaired and gelled.

At this time many original mould ripples and imperfections were removed to achieve the best finish possible. The car was repainted in Jensen Royal Blue.

All external chrome was repaired and refinished in triple coated hardened chrome by Wyatt Polishing of Thetford in Norfolk. The original front grill was lost before the car was purchased and was a non available part to replace.

A new tool was made to press a new grill and a new stainless template was laser cut and pressed on the new tooling . The finished grill was then polished. The number plates which are custom built Aluminium raised letters and numbers riveted to a black background that were made and supplied by Framptons. The engine was rebuilt by renowned racing engine builder Don Warman of Maldon in Essex.

The cylinder head is a Dennis Welsh Motorsport Alloy “Number 002” which gives compression of 8.3-1 Ratio.

It has a valve clearance of 12” Thou and a head bolt torque of 75lbft.

It has an Accuspark Electronic Ignition System fitted.

The Hydramatic gearbox was drained of its fluids, inspected and deemed to be in fantastic condition. The drained oil was clean and free of any foreign bodies. The whole unit was cleaned, reassembled and refilled with “Comma AQF mineral transmission fluid”.

The Dynamo was replaced with a Dynamator which has the original looks of the dynamo but is an Alternator for better charging and voltage stabilisation. The electrics of the car have been either totally renewed or overhauled.

The headlights were converted to new “Lucas H4 Halogen headlamps”.

All other electrical items were refurbished and refitted.

The rear screen and back windows are made of Perspex from “Project Plastics of Colchester” who re-formed and cut to size the shaped units. The Jensen’s decals were sourced and fitted as necessary.

These were beyond repair, a new set were remade to the original design in Australia and shipped to the UK.

The interior is “UK Hide Autocalf” mulberry leather with matching mulberry vinyl. The carpets are high grade in “AS Trim code No: German 23X318” with a black boot carpet piped in mulberry and a custom made tool roll in black vinyl.

The ceiling cloth has been replaced with a “Boyriven Cream HLPVC 5684” mounted on the original wires to ensure the correct shape was kept at all times.

The new seatbelts were sourced at “AH Spares” and although not original to the car they are a period seat belt used in the 1960’s Austin Healey’s. This is a very safe option that suits it very well.

All of the dashboard instrumentation has been refurbished or replaced.

All the dials were rebuilt by The Gauge Shop. They have been rechromed, had their dials and needles refurbished. All dials were calibrated prior to fitting.

A period radio has been fitted with concealed speakers.

The original steel wheels were sand blasted, powder coated and refurbished by “Wheelworx of Colchester” and fitted with Ovation Eco Vision V1682 205 with chrome hubcaps.

These have now been changed to Stainless Steel Wire wheels from “MWS (Motor Wheel Services)” and shod with Pirelli Cinterato 185 VR15. These wheels are centre splined with stainless steel wheel spinners.

It was a beautiful summer’s day, on Saturday 29th August and the day the Jensen was ready to leave us…but not before one final task!

The whole team at Bridge Classic Cars took her to one of Suffolk’s most beautiful settings, Seckford Hall Hotel in Woodbridge for the completed photoshoot.

A huge thank you to Jason at Sugar & Spice Photography in Felixstowe for the stunning images. We all had a wonderful day and it was lovely to meet all of the hotel guests who took the time to come and chat to us and to admire our Jensen 541S. Pukka Pies is an independent company with a passion for pies. They are made with the finest ingredients by dedicated and caring people. They are full filled in light pastry; they taste great and have true flavours. The proof is in the eating. Try one… They’re Delicious!

How Did We Get There…?

In 1963 the Beatles were at number one, Mary Quant decided short dresses were cool and the rest of the population were discovering bell bottoms!

Thankfully, Trevor Storer had other ideas on good taste. Quitting his day job he founded Trevor Storer’s Handmade Pie Company which started the smallest of bakeries and set about selling great tasting pies. His first creation was the Steak and Kidney Pie and it was Trevor’s wife Valerie who produced the recipe for the Chicken and Mushroom Pie which like all the pies, remains the exact recipe today. He baked the pies on Mondays, Wednesdays and Fridays and sold them on Tuesdays, Thursdays and Saturdays.

In a flash of marketing genius, one year later he renamed the company Pukka Pies and the rest as they say, is history. Trevor Storer’s pies tasted great and were an instant hit. Bell bottoms may no longer be with us but Trevor Storers pies most certainly are. Pukka Pies… Don’t Compromise!.