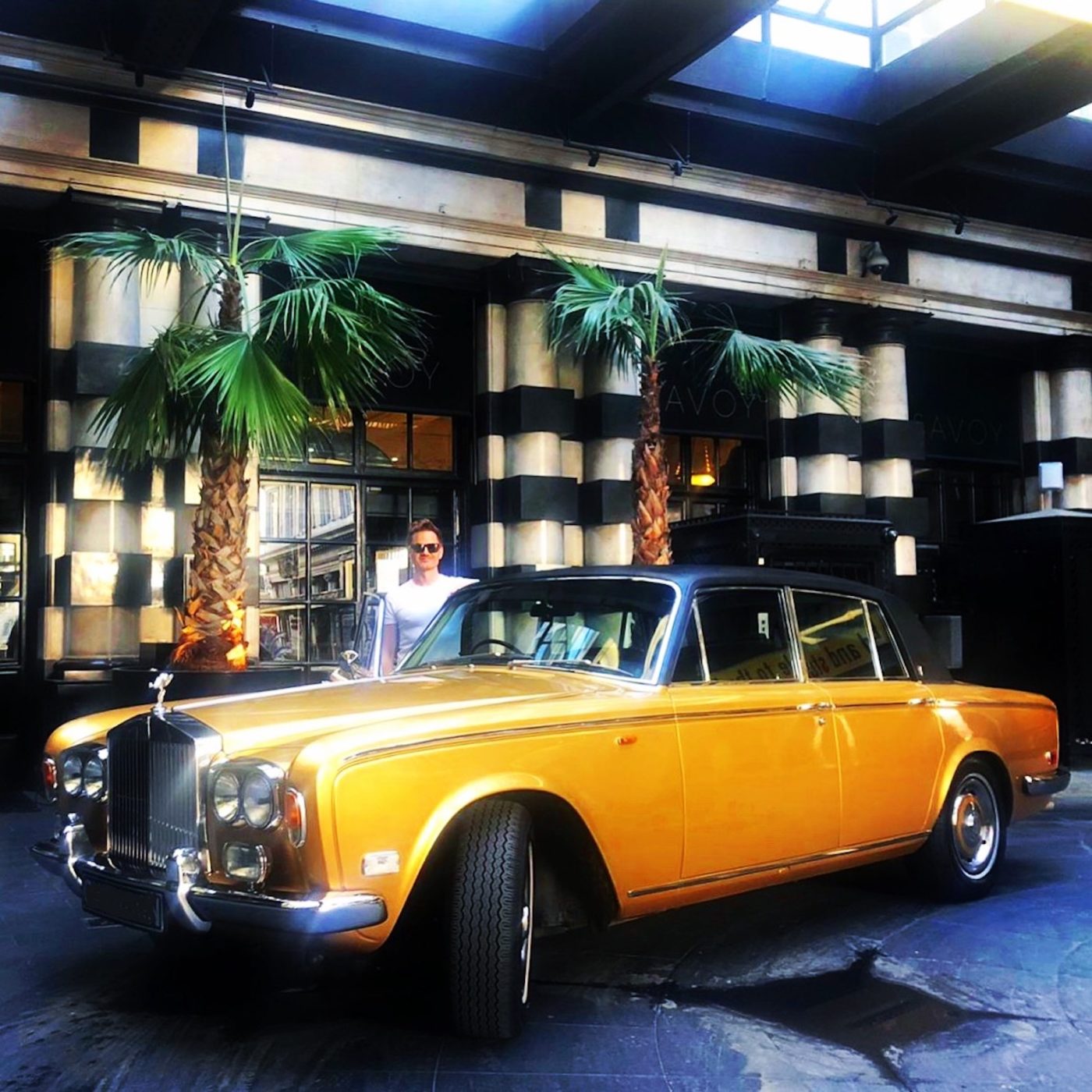 The Man With The Golden Roller: Me and my Shadow

We recently celebrated a year since our Golden Rolls Royce Silver Shadow found its new home with Michael, who’s been keeping us thoroughly updated with 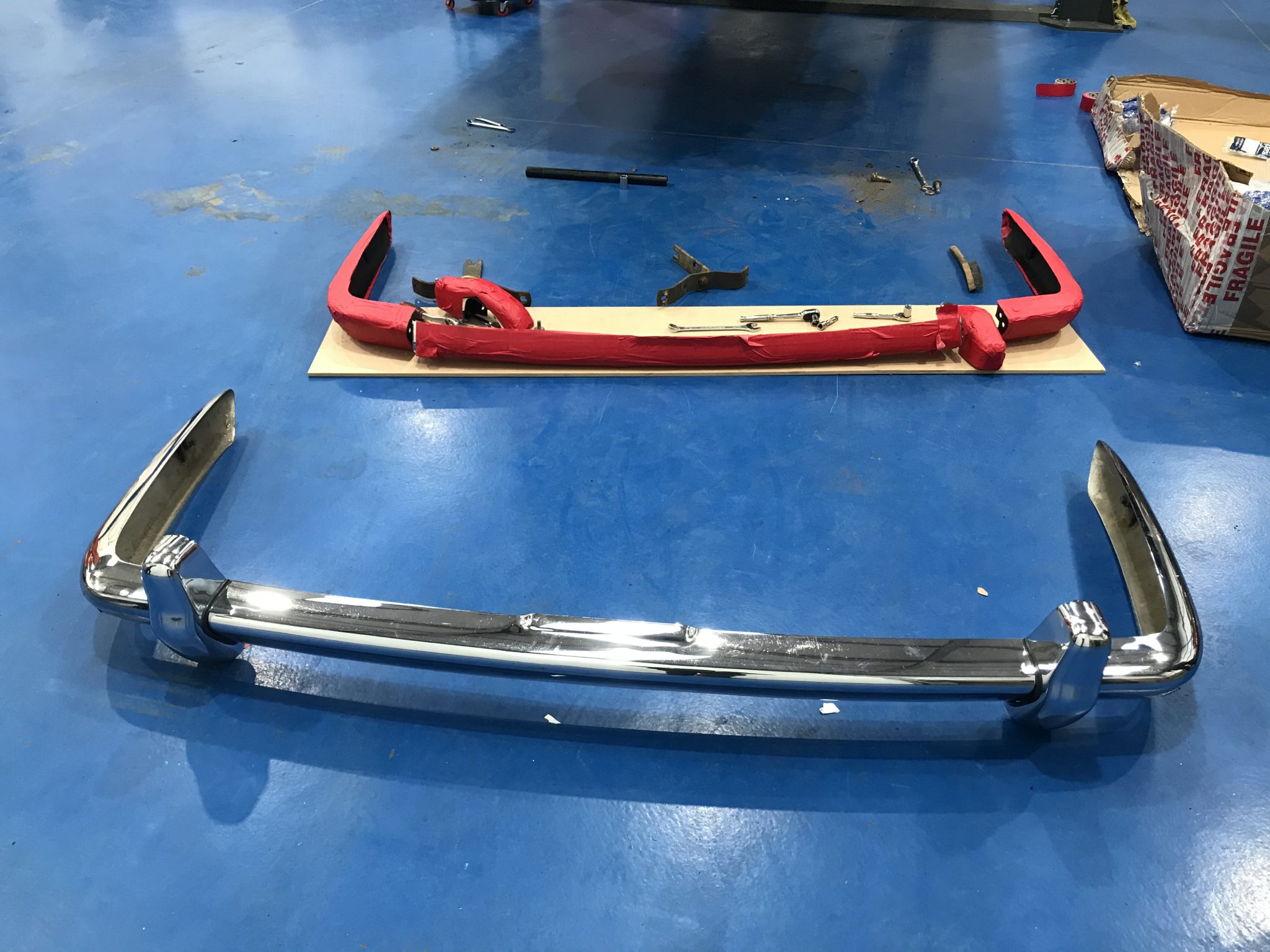 The bumper on our 1974 Rolls Royce had rusted out. We’ve supplied and fitted a brand new stainless steel replacement, ready for this beautiful roller 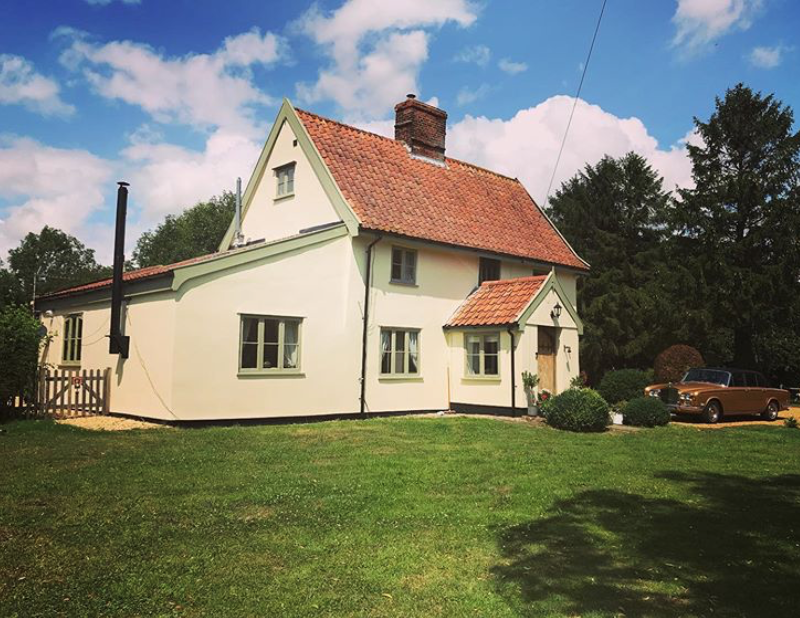 Our running issues on our 1974 Rolls Royce Shadow 1 required new points and a condenser. Whilst in we topped up the oil in the 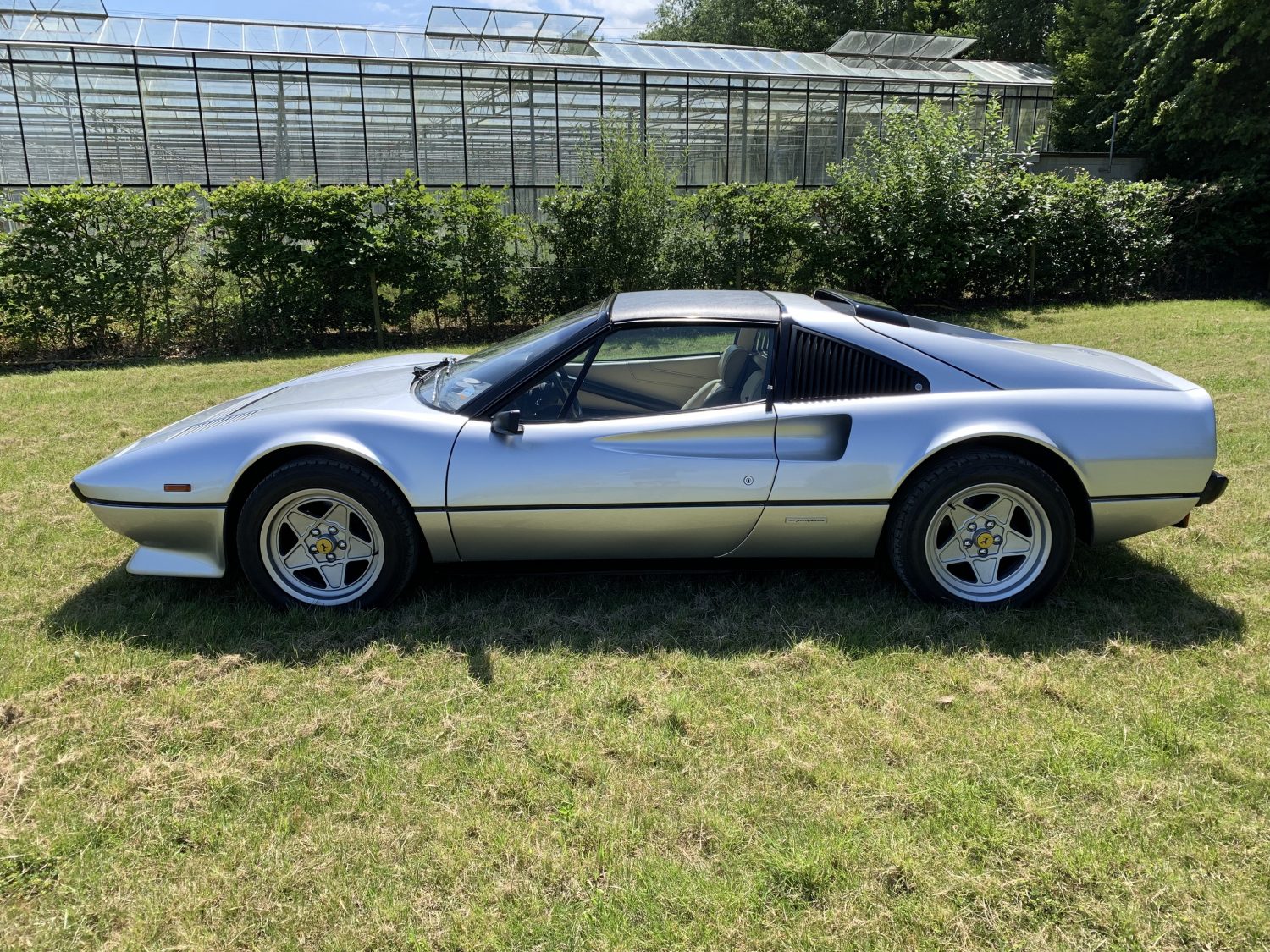 Coming soon we have two fantastic classics for sale. Firstly, we’d like to introduce you to our 1974 Rolls Royce Shadow I. Covering just 63,000

The Man With The Golden Roller: Me and my Shadow

We recently celebrated a year since our Golden Rolls Royce Silver Shadow found its new home with Michael, who’s been keeping us thoroughly updated with his adventures via Instagram. Michael recently wrote us this article about the last year which we’re delighted to share, along with some photos he’s provided. If you fancy having your own golden Roller, check out our golden Rolls Royce Corniche.

It’s now a little over 12 months since I became the 3rd custodian of SRH20091 – a 1974 Rolls-Royce Silver Shadow – bought from Bridge Classic Cars, and despite COVID-19’s best efforts to prevent us we’ve had quite a few adventures over the last year.

As a perfectionist and ex-car designer myself I’ve always admired Sir Henry Royce’s automotive achievements and, as a child of the 70s and 80s, grew up lusting after Rolls-Royce Silver Shadows seen in numerous Roger Moore Bond films, episodes of Lovejoy, To The Manor Born and Don’t Wait Up. They epitomised success and excellence to that small boy and he promised himself that one day he would own one.

In 2014 I had a first brief, if slightly bitter, taste of Silver Shadow ownership with an early example from 1968. Her bodywork was a bit tatty and her 46 year old 6.25 litre engine and mechanicals had been somewhat neglected over the preceding decades, meaning that she frequently, in Rolls-Royce parlance, ‘failed to proceed’! However, far from dampening my interest in Shadow ownership, it well and truly rekindled that childhood yearn and so the search for my ideal car began.

Over the next 6 years, after much trawling of classifieds online and visits to classic car auctions in all weathers, I saw a number of Shadows – including some horrors that would have made Sir Henry’s blood curdle. As a purest, it always had to be a chrome bumper Series 1 car, but now I’d narrowed that down to a late model flared wheelarch Shadow with the wider track and larger 6.75 litre L-Series powerplant – meaning a ’74 – ’76 car.

In September 2019 the Shad that I would come to own caught my attention in an online advert. For sale by Bridge Classic Cars – a very reputable restorers, the right age, model, spec and by the look of the photos, in very good condition – she stood out in her eye-catching Regency Bronze and black Everflex roof. I vowed to go and see her, but life got in the way and by the time I got around to making an appointment she’d been sold. So the search continued.

4 months later I was in the USA and one evening by the fireside while surfing the net the advert from Bridge Classic Cars popped up again. Miraculously the golden car I’d been bewitched by back in September had reappeared for sale. This had to be fate! I couldn’t believe this second chance and quickly arranged a viewing.

On that cold February morning – the day after Valentine’s – I drove up from London, through the torrential rain and high winds of Storm ‘Dennis’, to see this beguiling motor car in-the-metal for the first time. It was love at first sight! The car was just as stunning in reality as she was in her photos. Craig and Gordon Ranson were both there to meet me and their friendly, honest approach, expert knowledge and infectious enthusiasm for classic cars gave me immediate confidence. After a thorough inspection I knew that I wanted her and after a test drive in the tornado-like winds of the storm, a deal was done. I drove home happy, albeit with a much lighter bank balance!

And so I became ‘The Man With The Golden Roller’. Officially she’s R-R Chassis No. 20091, in (ICI M 151-3898) Regency Bronze with (VM 8500) black Connolly Leather interior, Sundym glass and (5218 DH) black Everflex roof, but I’ve christened her ‘Auric’. I’m a big Bond fan so her name is a nod towards classic 007 film ‘Goldfinger’, but also something that is described as “auric” : is of, relating to, or derived from gold, so it seemed wholly appropriate for my ‘Golden Roller’, which rolled off the Crewe production line in the autumn of 1974.

To me, part of the joy of owning a classic car is to research it’s back story. Provenance being just as important for a venerable car as it is for fine wine or celebrated works of art. So, since she became mine, as well as enjoying Auric on the road, I’ve been tracing her 46 year history – consulting DVLA records, the Rolls-Royce Enthusiasts Club archives and piecing together information from the bundle of papers and clues like service stickers that came with her.

I’ve also managed to acquire Auric’s original factory Build Records. Every Rolls-Royce built at Crewe had it’s own multi-page book that followed the car, from metal pressing to finished vehicle, on it’s journey through production. Thanks to this fascinating and comprehensive document I now know that it took 35 days for her ‘body-in-white’ to reach the required standard to be sent to the paint shop, and that once there she spent 10 days having 15 coats of paint hand flatted between coats, before a thorough polishing and final inspection – in the words of Sir Henry, perfection cannot be rushed. It shines a light onto how these expensive, hand-built cars were made back in the ’70s and is an amazing addition to Auric’s history file.

She was delivered to R-R main dealer Appleyard Rippon Ltd, on Order No. R8678, for a corporate customer in Leeds who’d had the confidence, and cash, to order her in the middle of an oil crisis. She was registered GWW 480N on Armistice Day 1974, the plate she still bears today. As far as I know Auric then became the company MDs transport – covering over 28,000 miles (40% of her current, verified mileage reading) within her 1st year – and stayed with the him when he moved to Eastbourne sometime in the late 1970s. I’m assuming that this discerning gentleman may have taken early retirement from the Leeds-based business and kept the R-R he loved. However, this is pure speculation on my part, although while cleaning and feeding the Connolly leather last summer I removed the driver’s seat and found one of his business cards under the seat! It seems that at some point he was dabbling as an antiques dealer in Sussex, in true ‘Lovejoy’ style.

Like most of these majestic, but expensive to run, classic motor cars she appears to have been laid up for a number of years during the ’80s and ’90s then, in the summer of 2015 after the original owner died, she was sold at Kings Lynn’s Anglia Car Auctions. Auric’s second owner resided in Suffolk and so Auric swapped the balmy south coast for the rural idyll of East Anglia – residing just 50 odd miles away from where that small boy had dreamed of owning his own Rolls.

I believe that a car should be used, and most Rolls-Royce specialists will tell you that an R-R of this vintage gets better with use. There’s nothing I like better than nestling into the softly sprung comfort of the driver’s leather ‘armchair’ and wafting, yes wafting – there’s no other word to describe the magic carpet-like ride of a Silver Shadow – to a beauty spot, stately home, country pub or even the supermarket. So in the last 12 months Auric and I have covered the thick end of 2500 miles. Despite not being able to go to any major show events, due to the dreaded virus, we’ve had excursions to Hampshire, The Cotswolds, North Norfolk, Sussex, Surrey and Berkshire. Most memorable visits – and photo and video opportunities – last year were Buckingham Palace, Pinewood Studios, Cliveden and The Savoy. Everywhere we go we get noticed – people ask about Auric, take photos and are genuinely interested in her – which just makes my day as I love talking about her!

This year, restrictions permitting, we’re planning a little excursion onto the Continent, touring the Champagne region; an appearance at both the Rolls-Royce Enthusiasts Club’s South of England Rally at Stansted House and Annual Rally at Burghley House; and perhaps a pilgrimage to Monmouthshire, the birthplace of C.S. Rolls; as well as the normal weekend trips out to explore this glorious country in one of it’s finest ever automotive creations.

The bumper on our 1974 Rolls Royce had rusted out. We’ve supplied and fitted a brand new stainless steel replacement, ready for this beautiful roller to shine once more.

No job is too big or too small for our Classic Car Technicians. Is your classic vehicle in need of some care? Give our friendly team a call today on 01473 742038

Our running issues on our 1974 Rolls Royce Shadow 1 required new points and a condenser. Whilst in we topped up the oil in the carburettors.

She now runs beautifully and back home ready for an upcoming wedding trip.

Coming soon we have two fantastic classics for sale.

Firstly, we’d like to introduce you to our 1974 Rolls Royce Shadow I. Covering just 63,000 from new the car has had 1 previous owner. Although the log book does read 2, the car was originally registered to the company Director before he put the vehicle in his own name. The car has one final duty of taking a family member to her wedding and then she’s be in our possession ready for resale. This truly is a stunning example and we can’t wait to have our Shadow I available to see in our showroom.

Paris Motor Show,  1982, Ferrari launched the iconic Ferrari 308 quattrovalvole, literally meaning “four valves” in Italian. This upgrade was developed in both the GTB and GTS form. This change pushed the car up to 240 bhp, restoring some of the performance lost to the emission control equipment.

The 308 GTS quattrovalvole model could be recognised by the addition of a slim louvred panel in the front lid to aid radiator exhaust air exit, power operated mirrors carrying a small enamel Ferrari badge, a re-designed radiator grille with rectangular driving lights on each side, and rectangular (in place of round) side repeaters.

Our Ferrari 308 GTS is available now. Viewing by appointment only. Finance can be arranged by a third party. Office hours are Monday to Friday (Saturdays and Sundays can be arranged) 8am to 5pm. To arrange a viewing please call Craig on 01473 742038 or email info@bridgeclassiccars.co.uk