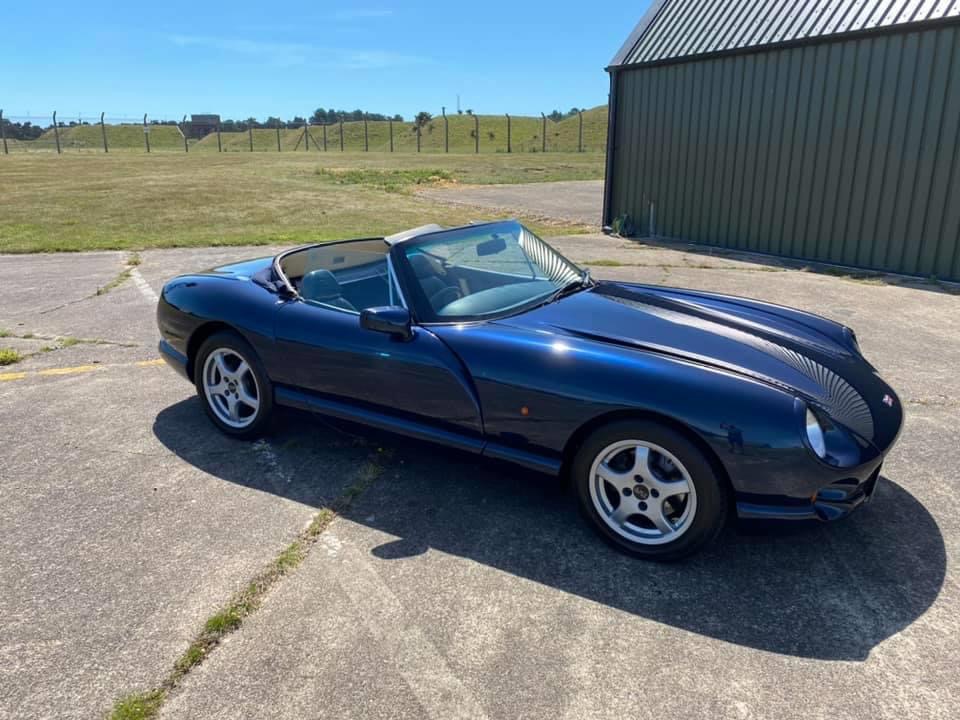 Colin from Viper detailing has been up to the showroom to give a couple of our vehicles a detail. The first of which was this 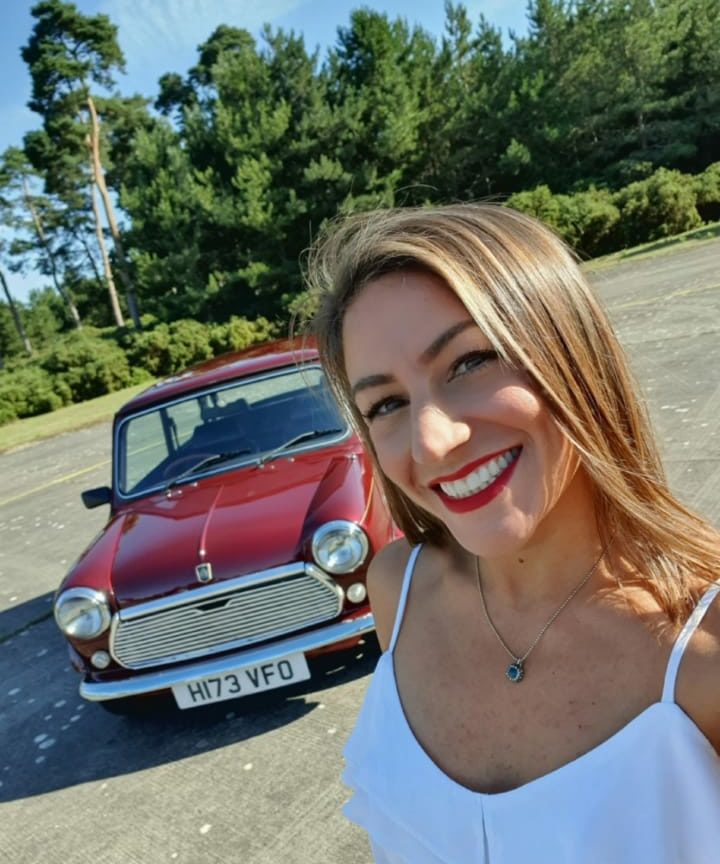 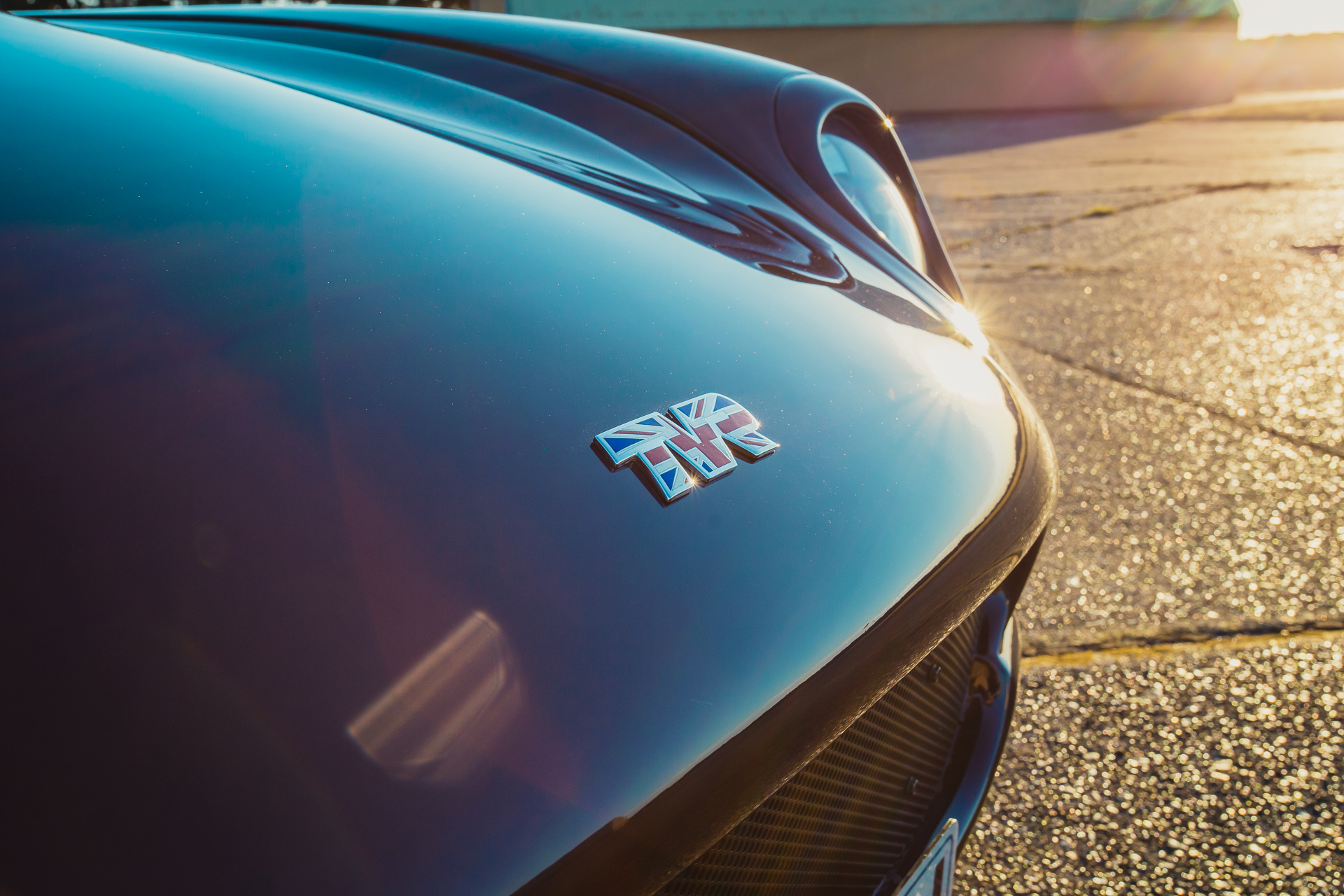 Our TVR Chimaera has just got even more appealing!  We noticed a few stone chips on the front end of the car which let the 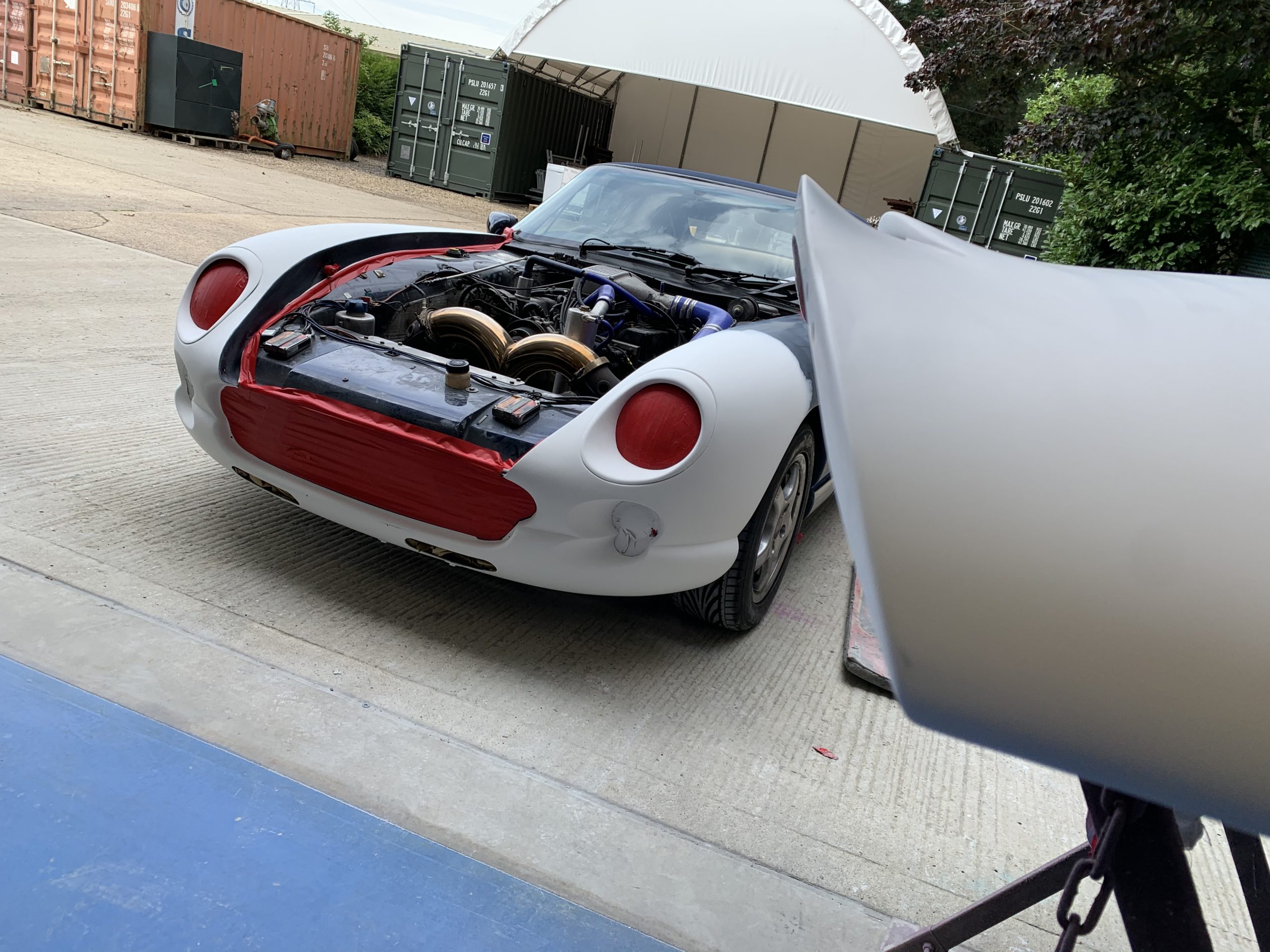 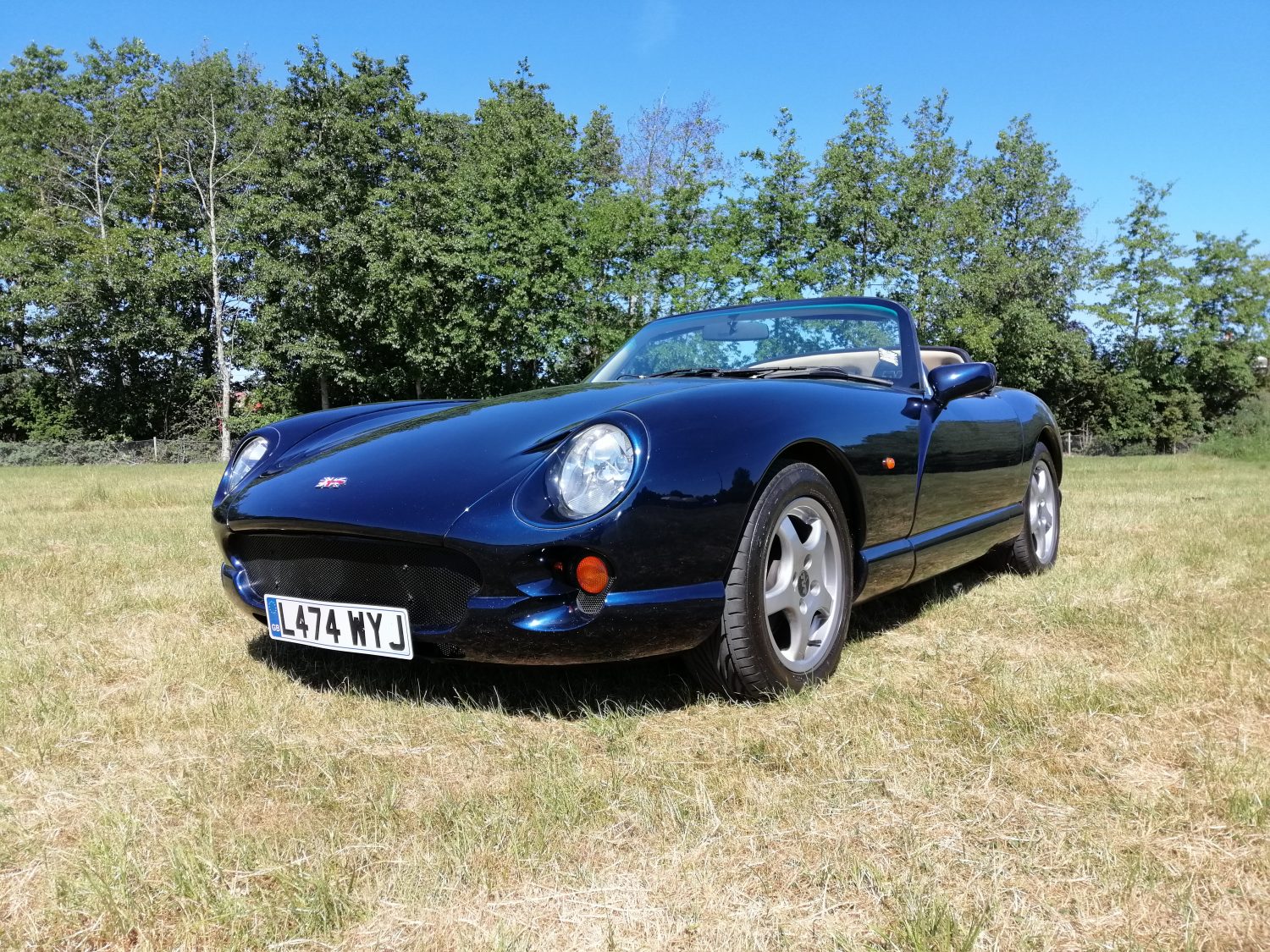 This beauty has just arrived with us at Bridge Classic Cars. The Chimaera 500 is an incredible machine. Lightweight, balanced and powerful, this TVR is 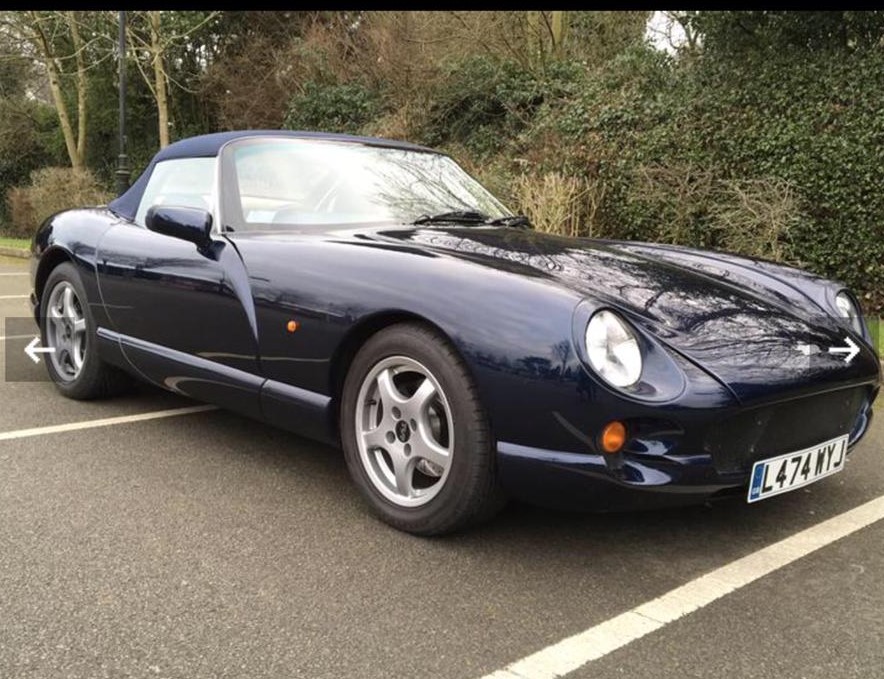 Colin from Viper detailing has been up to the showroom to give a couple of our vehicles a detail. The first of which was this gorgeous Rover P5 which has been in the classic car workshop for repair work.

The second vehicle is our TVR Chimaera 500 competition car. This vehicle was won in last night’s draw by Ian Summers with ticket 2214. Colin has ensured the vehicle is looking as lovely as possible for its new owner.

For your chance to win your dream classic, head to bridgeclassiccars.co.uk/competitions

Our TVR Chimaera has just got even more appealing!

We noticed a few stone chips on the front end of the car which let the car down slightly. Chris, one of Bridge Classic Cars’ painters has treated the Chimaera to a front end respray. We’re sure you’ll agree Chris has done a superb job.

This car is being won tomorrow regardless of sellout! Enter today for your chance of winning.

⚖️ With over 1000 tickets still remaining, your odds of winning are looking great.

Pick up your tickets via the link below 👇

In preparation for the upcoming live draw of our 1994 TVR Chimaera 500 in the Bridge Classic Cars Competitions we have decided to improve the look of our already stunning TVR Chimaera by removing the few stone chips on the front.

In order to carry out this task successfully we have removed the bonnet so we can repaint the full front to ensure we get the best results from the colour match and blending.

This beauty has just arrived with us at Bridge Classic Cars. The Chimaera 500 is an incredible machine.

Lightweight, balanced and powerful, this TVR is a stunning British sports car. It drives beautifully, it’s raw and brash but has bags of character. Keep your eyes out for updates on this vehicle. We’ve got some very exciting plans.

Arriving in our workshops later this week we are so excited to welcome our 1994 TVR Chimaera 5 litre with a seriously impressive history of works carried out. Grab yourself a cup of tea and sit back to read all about it…

1994 TVR Chimaera in Starlight Blue with Navy and Magnolia interior.

Original TVR V8 engine upgraded and rebuilt to a 5 litre capacity at approximately 71,000 miles in 2011.

Refurbished wheels and tyres fitted in 2016.

Wheel alignment and geo check carried out by James Agger Autosport in 2016.

A previous owner rebuilt the engine in 2011 converting it from a 4 litre to a 5 litre, using parts from various suppliers including Real Steel and V8 Developments. Also carried out the conversion of the engine from distributor based spark to coil controlled by a Megasquirt ECU which also controls fuel injection. The same owner also carried out a significant amount of work to the mechanical side of the car, including new shocks, uprated anti-roll bar, replacement outriggers, recon gearbox, new clutch and also fitted a pair of newer seats from 98 Chimaera.

A recent visit to the rolling road at Northampton Motorsport as part of a Sporting Bears charity event allowed an opportunity to have a run on the rollers, where it was found to be putting out 280bhp and 305lb/ft torque. The staff from Northampton Motorsport said the power and particularly the torque was pretty good for a 5 litre TVR engine.

It was badged as a TVR Chimaera 500 and is correctly recorded on the V5 logbook as a 5 litre. It has a modified 5 litres TVR (Rover) V8 engine. To avoid any confusion it left the factory as a 400, 4 litre and has been rebuilt and converted to 500 specification.

The roof panels have been recovered during my ownership and the rear folding section replaced. I took the opportunity to change the rear window to a lozenge shape which makes folding the roof much easier and allows the rear section to fold into the car further than the standard roof.

The GKN diff was replaced in 2017, opting for the more expensive option of getting a brand new BTR diff fitted (as fitted to the later Chimaeras in place of the GKN diff) by Central TVR. This is possible with their GKN/BTR chassis conversion plates. The speed sensor and diff bushes were replaced at the same time.

It has 94400 miles on the clock, was first registered in 1994. The previous owner recently fitted a new Exide 640CCA battery, new Mintex pads to the front, replaced the manifold gaskets and changed the oil and filter.