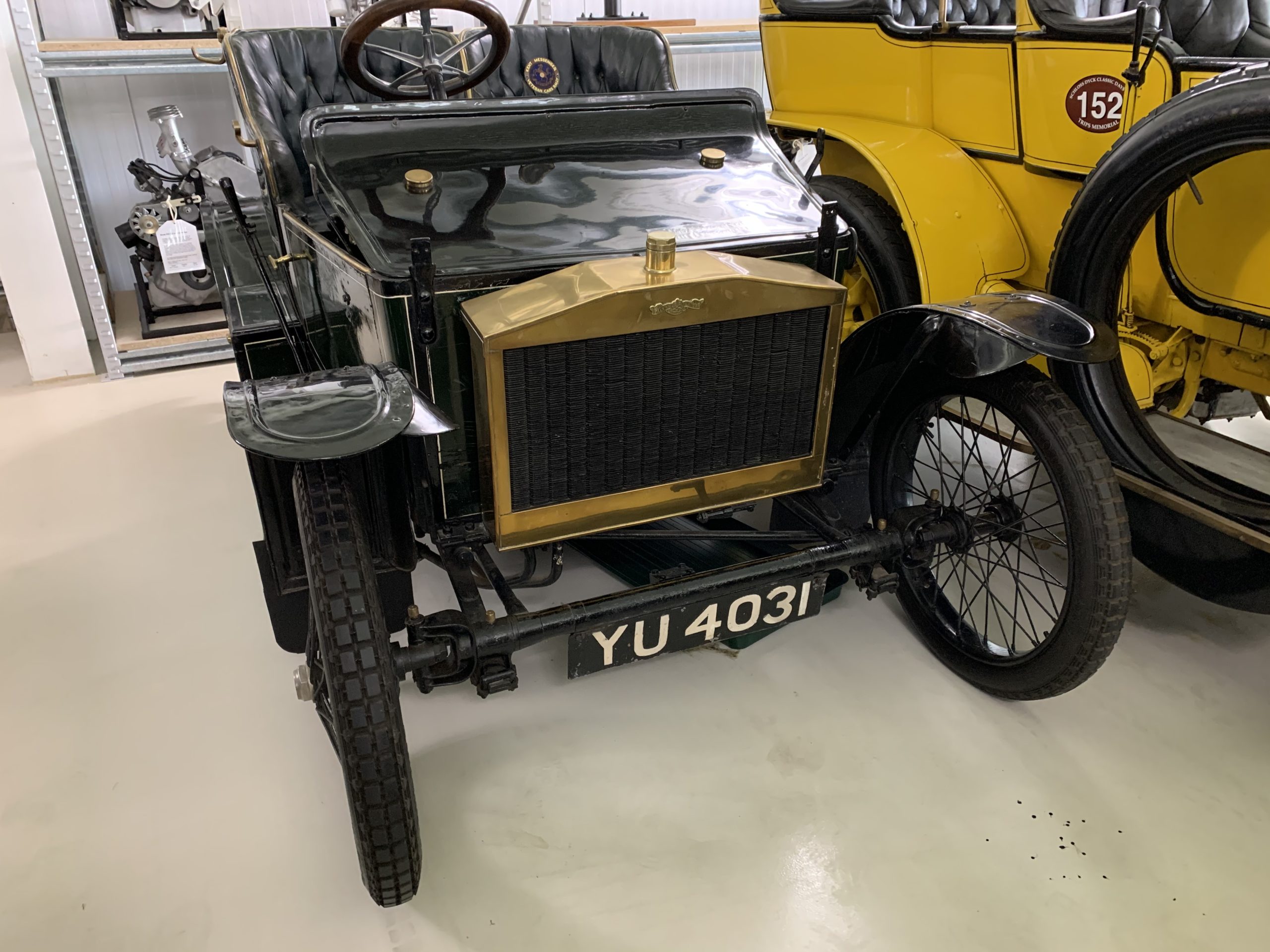 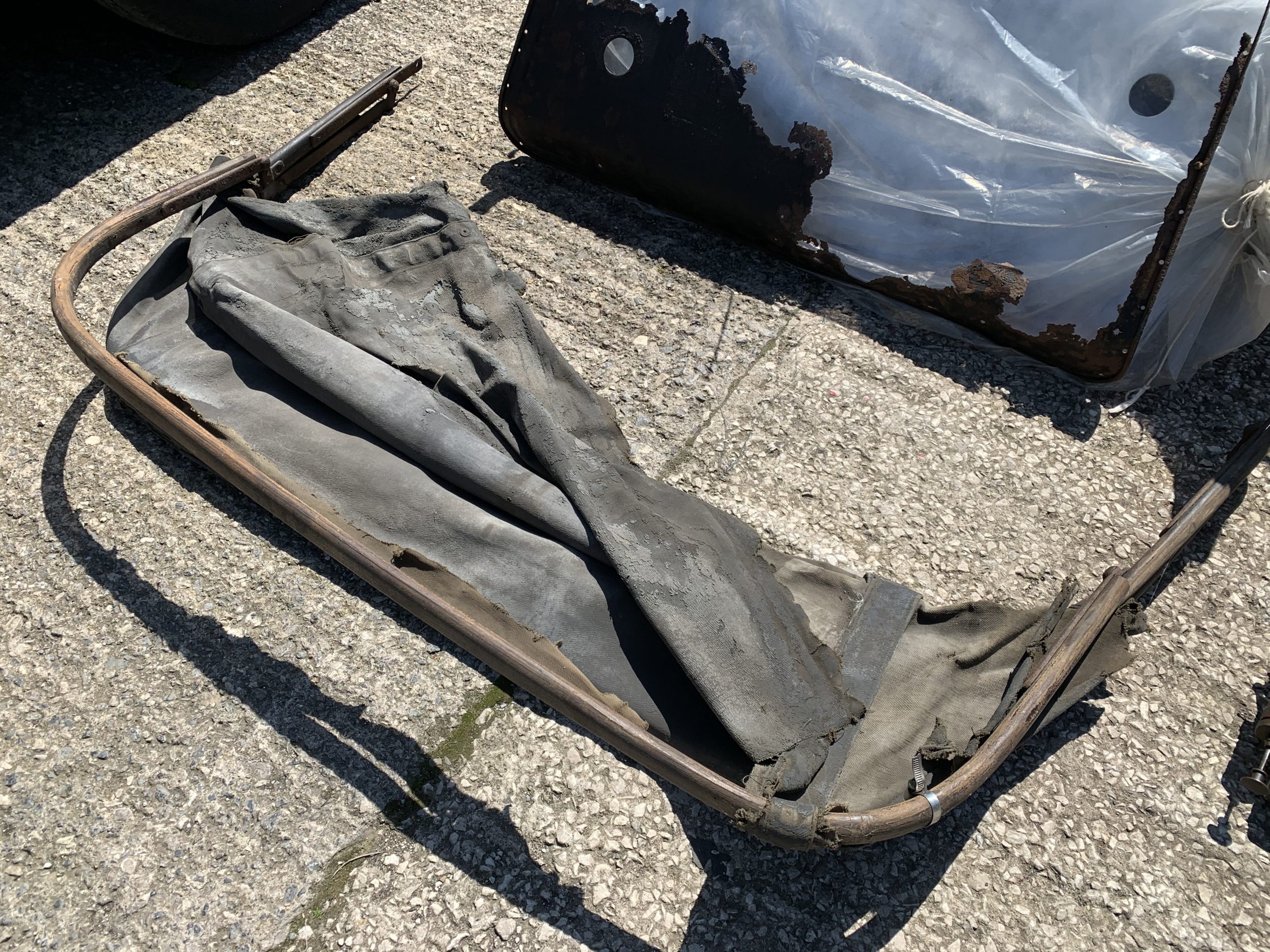 Long trip today as we made our way up the A1 to Mold, Cheshire to collect our 1905 Riley 9HP. First things first, we had 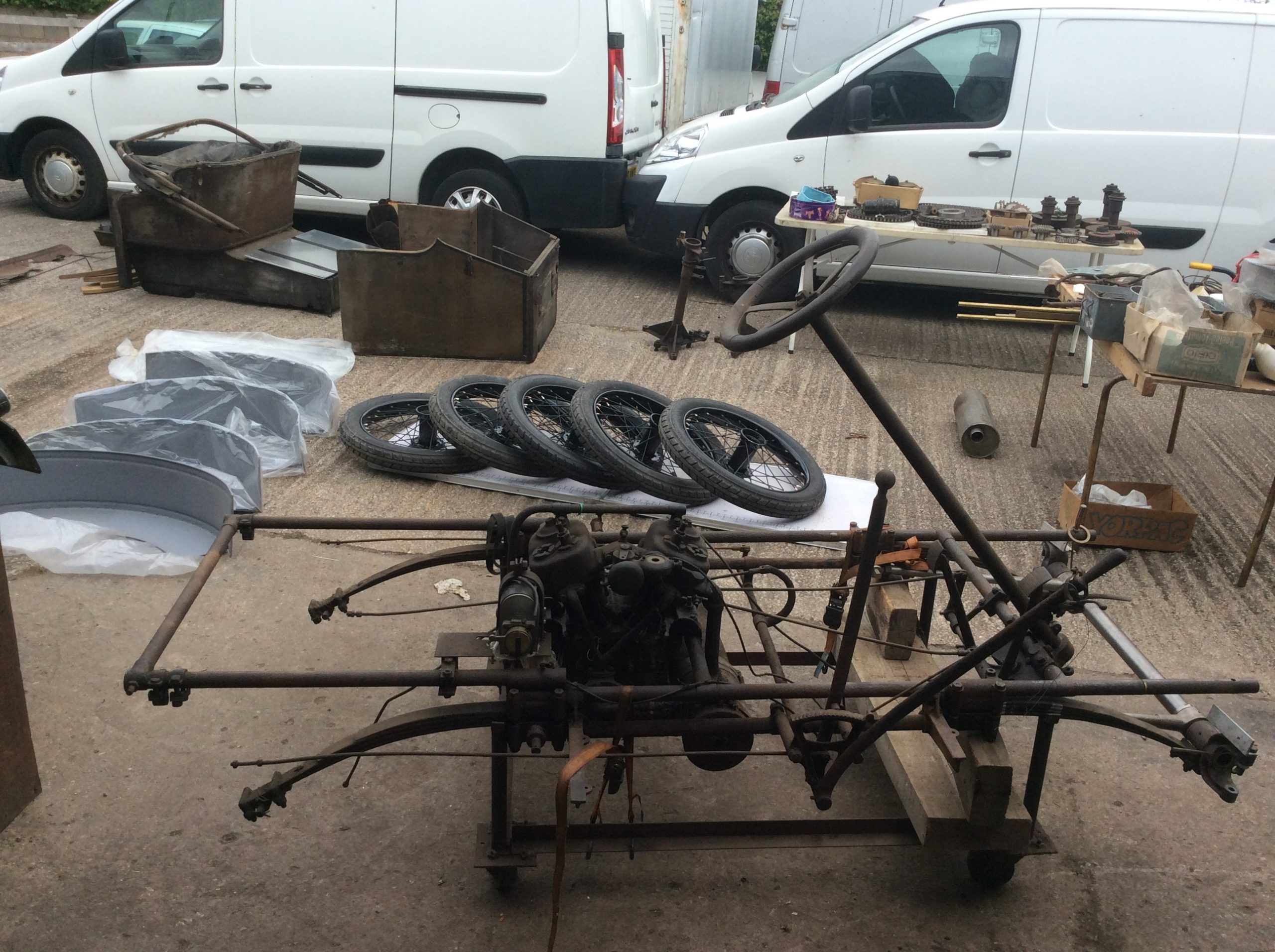 Recently acquired by us here at Bridge Classic Cars with the intention of carrying out a full and well deserved restoration. Our car features in

Bridge Classic Car’s Directors, father and son team Gordon and Craig visited the British Motor Museum this week on one very specific mission – to learn all about their 1905 Riley 9HP.

The museum is home to what is believed to be one of only three 1905 Riley’s in existence. Gordon and Craig were invited for a private viewing to get up close and personal with this unbelievable piece of history.

“The Riley 9HP we have here at Bridge needs a full build and restoration,” Gordon describes. “It arrived to us as little more than a truck full of loose parts, so to see the car as it should look is a real treat.”

The visit certainly got Gordon and Craig excited to see what their Riley should look like. They took an array of photo’s to bring back to Bridge HQ that will give our experts some valuable insight into the cars mechanics, electrics and aesthetics. There’s a long road ahead as the technical team start to piece together this extraordinary vehicle. But for now – here’s a flavour of the museums Riley in all it’s glory.

The British Motor Museum is a glorious day out. It’s home to the largest collection of historic British cars in the world and boasts over 300 classic and vintage cars dating right back to the beginning of the 20th century.

The enormous purpose built premises is nestled within 65 acres of Warwickshire countryside. The museum was awarded a Heritage Lottery grant of 1.3 million pounds in 2006, which was used to enhance the displays and build a stunning mezzanine viewing platform.

“I especially liked seeing Fab 1,” expressed Craig. Which is Lady Penelope’s iconic pink car, redesigned by Ford in 2002 from the original 1960’s Rolls Royce featured in Thunderbirds. Bridge Classics are proud to work with Project Plastics in Colchester, who produced the windscreen on Ford’s new Fab 1.

“The James Bond Landrover was also a great sight,” described Craig. “007 cars are always a firm favourite of ours.”

Working with classic cars every day is such a privilege. These cars bring back such special personal memories and nostalgia, it’s been brilliant for Craig and his Father Gordon to see some of the best examples around. Special thanks go to curator Cat Griffin for being such a wonderful host, we shall be back for sure!

Long trip today as we made our way up the A1 to Mold, Cheshire to collect our 1905 Riley 9HP.

First things first, we had to marry the body up with the chassis just to see what she really looks like as a car. Better than a trailer full of loose parts.

We can not wait to get started with this project.

Recently acquired by us here at Bridge Classic Cars with the intention of carrying out a full and well deserved restoration.

Our car features in the Riley Motors V Twins article

“Also in the Register  membership  CW151 a 1905 1200V Twin. Engine bears the number 20850/860 cast into the side  so probably engine number 850 considering 846 above. This has appeared for sale in May 2020 after according to the advert. This car has spent the last 50 years stored in a old garage. One of 3 in the world the engine will run. The car is semi stripped. New wheels tyres mudguards and bonnet. Car is missing radiator and some other parts. About 90% complete. Comes with a V5 registration document and lots of paperwork books instruction manuals, so after so long it is back out and ready for its rebuild.

Data/Stats: Showing how much was actually Riley design or patent. Duplex parallel tubular main frame with front and rear cross members using a single parallel tubular rear subframe, with tubular cross member at rear. This gave a 6′ 8″ Front Track: 4’1″ Rear Track : 4’1″Riley tangentially spoked wire wheels with forty spokes front and rear on beaded-edge rimmed tyres. Braking System: Foot brake to 8″ internal-expanding shoe brakes to rear wheels only, also hand-ratchet hand brake so quite an improvement from the block brake of the tricar. Gearbox: Riley patent 3-Speed constant mesh 1st – 3.33:1, 2nd – 1.5:1, 3rd – 1:1 using a right hand sliding gear leaver to select the gate using the Riley leather-faced cone clutch. Final Drive: was chain driven from transverse engine with the gearbox quoted as 3.55:1, but with 50:14 chain wheel and sprocket, actual ratio is 3.57:1. Still showing the development from motorbikes and semi transitional. Engine: was a Riley 9hp water-cooled “V”-twin  producing the hp rating: 9.00 The tax horsepower rating was computed not from actual engine power but by a mathematical formula based on cylinder dimensions. At the beginning of the twentieth century, tax power was reasonably close to real power; as the internal combustion engine developed, real power became larger than nominal taxable power by a factor of ten or more. The system introduced a somewhat progressive way of taxing higher value cars more than low-cost ones but was also introduced to protect the domestic British motor industry from foreign imports, especially the Ford Model T. Fuel: 5 gallon gravity feed, dash-mounted under metal tonneau. Cost: 160 Guineas (£168) Optional Extras: Riley Detachable Wire Wheels which became  standard specification from 1907 @12.10s. Spare wheel & tyre @ 7 Guineas (£7.35) Pair of headlights: 9 Guineas @£9.45. Electric tail-light set: @ £2.25 so the standard car was fine if you drove only in daylight and on the flat and we moan re modern ‘optional extras’?