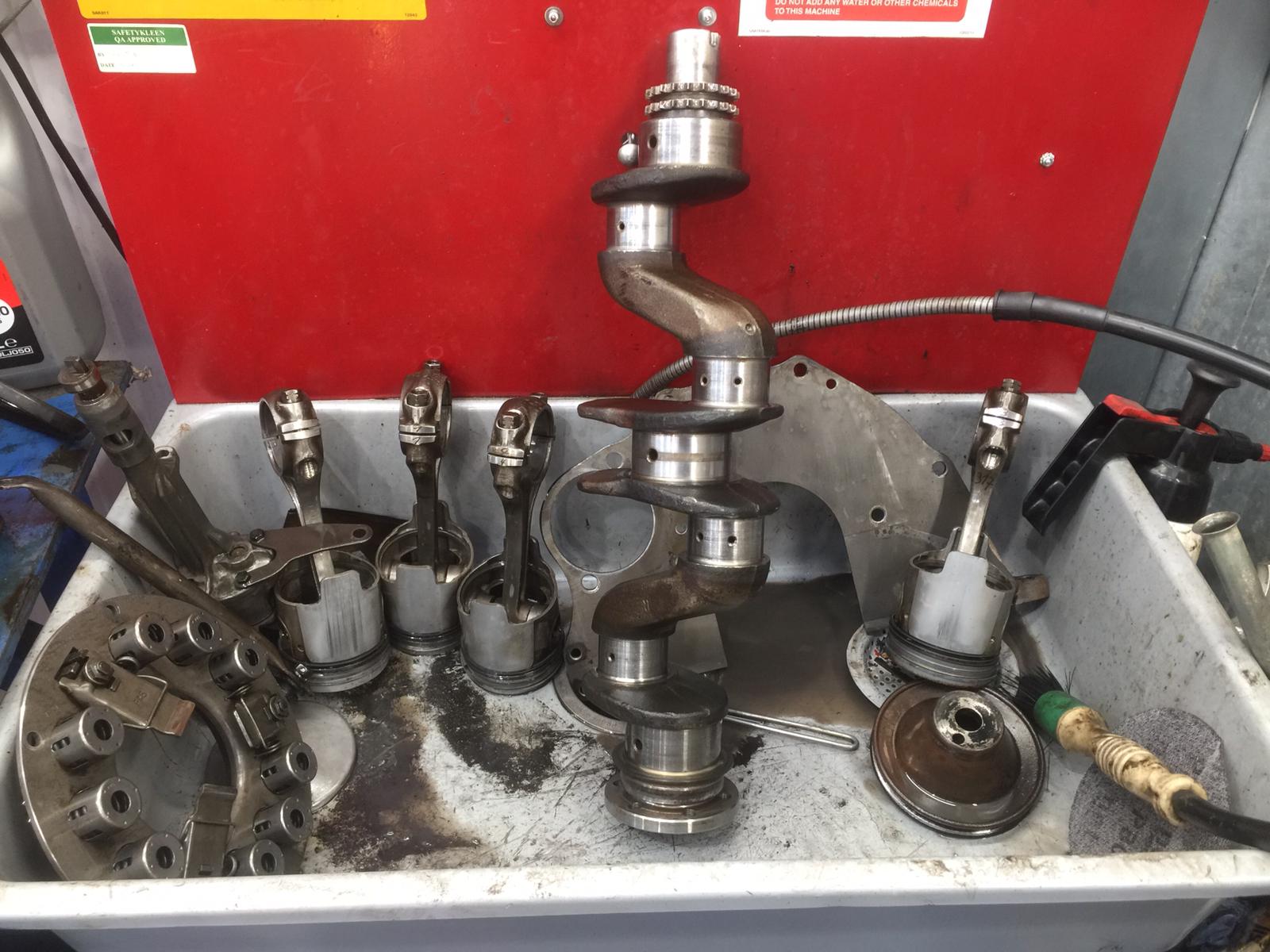 Ady, our engine specialist, continues to strip down the engine on our 190 SL. 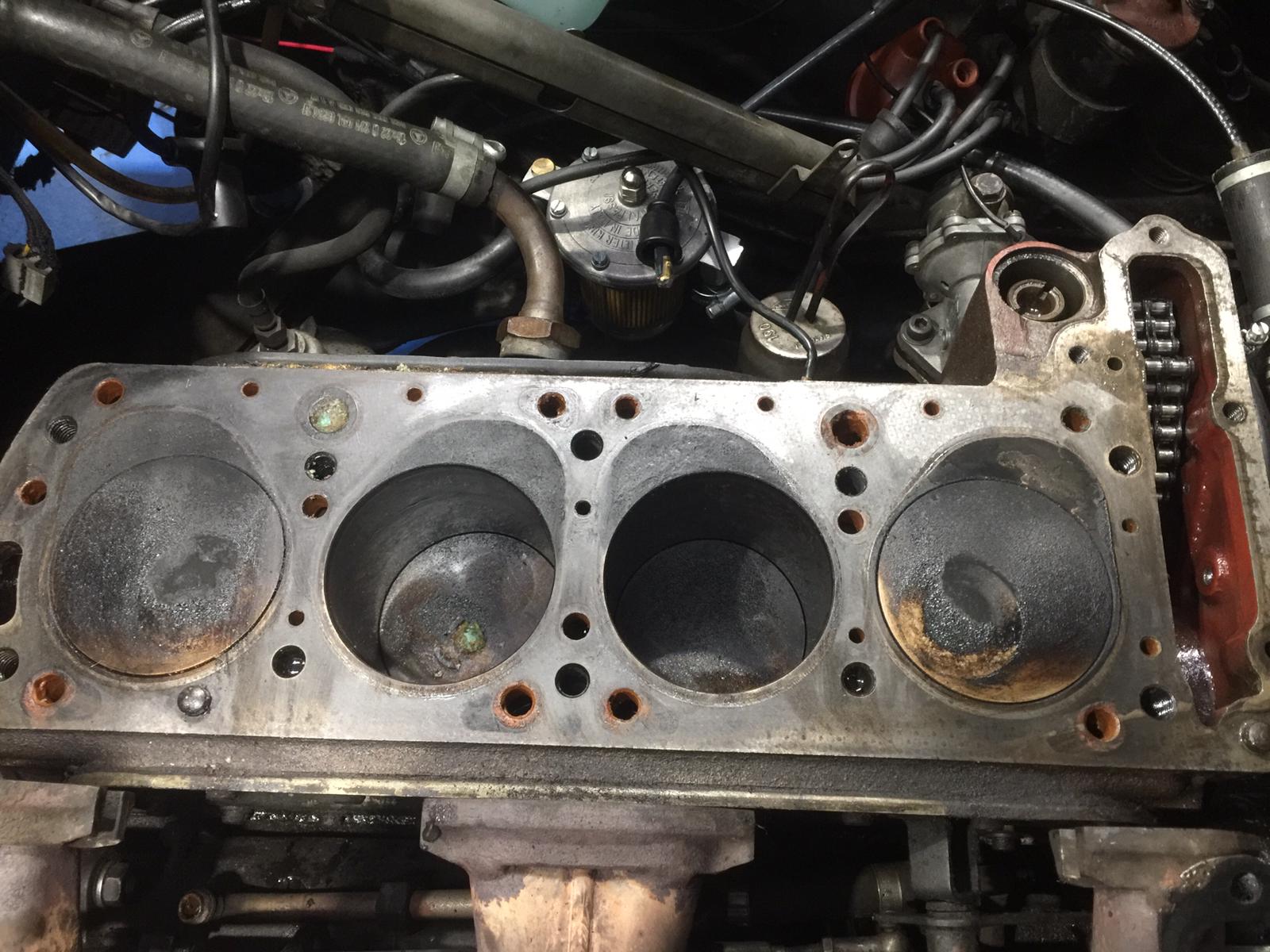 Our 1959 Mercedes 190SL is going through a complete engine rebuild due to a warped head. We’ve dropped the engine out and it is now 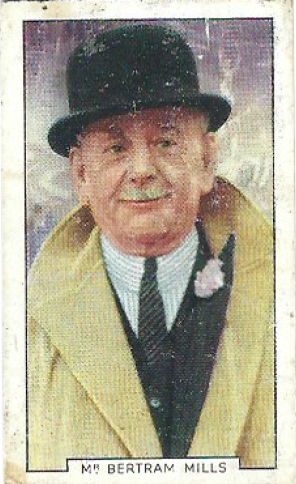 Mr Bertram Mills, one of the greatest showman of modern times, was brought up in a family that was for generations attached to the coach 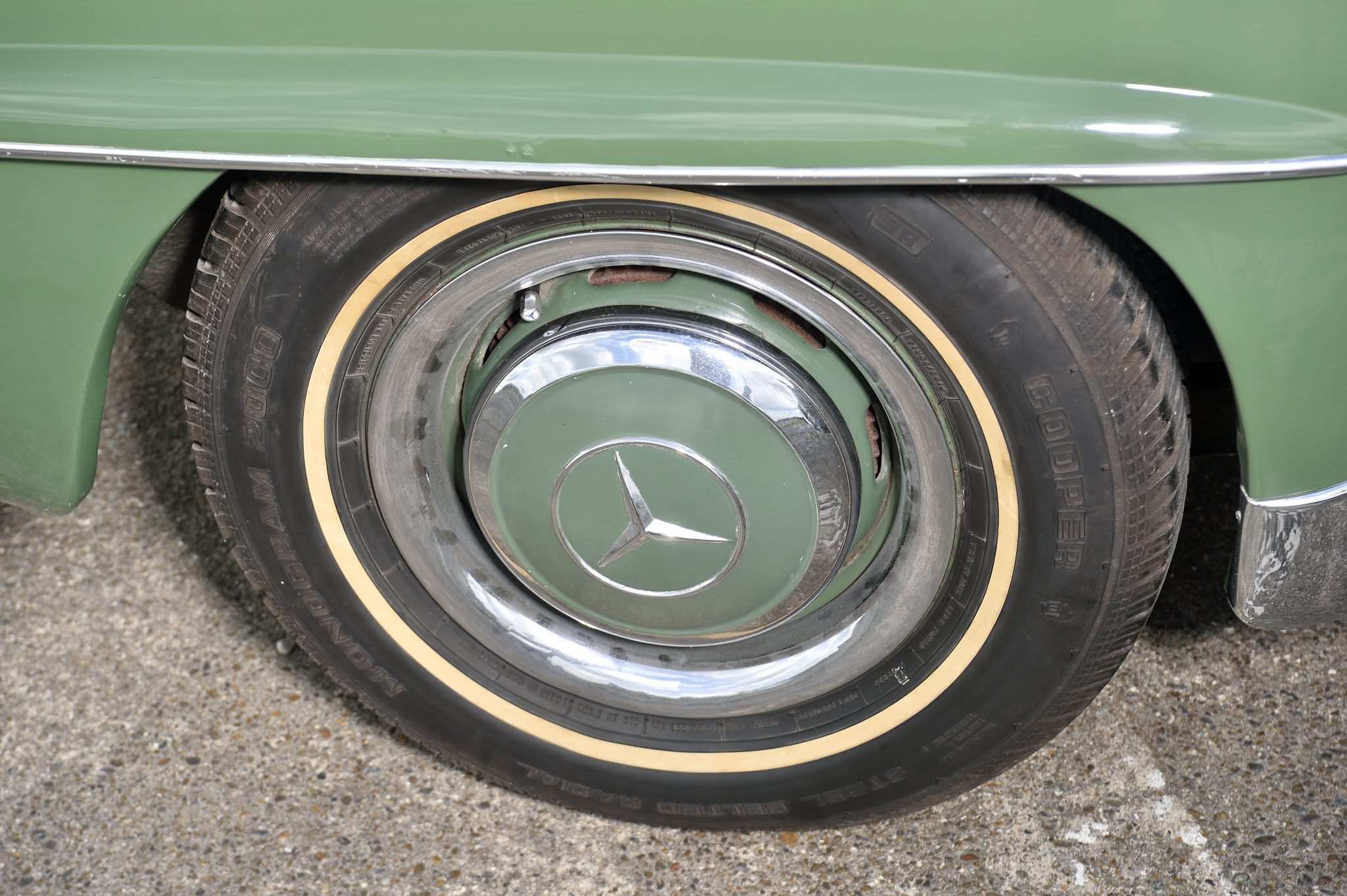 Thanks, as always to Matt Wood from motorshots.co.uk who has done a fantastic job of capturing the beauty of our ‘un-restored’ 1957 Mercedes 190SL. 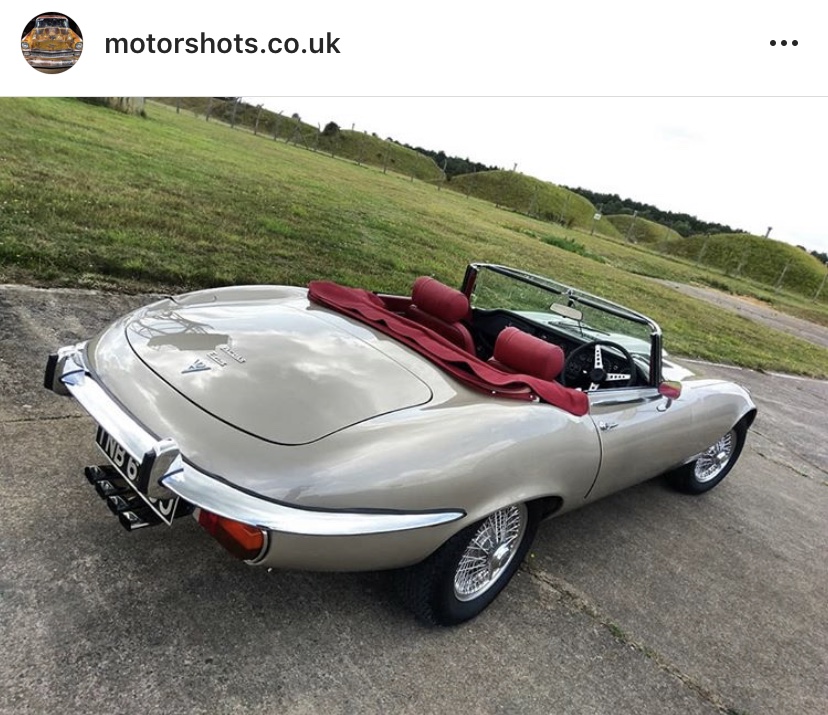 The day of our 1957 Mercedes 190SL and 1971 Jaguar E-Type photo shoot at Bentwaters Park. Automotive photographer Matt Woods from motorshots.co.uk shared some behind 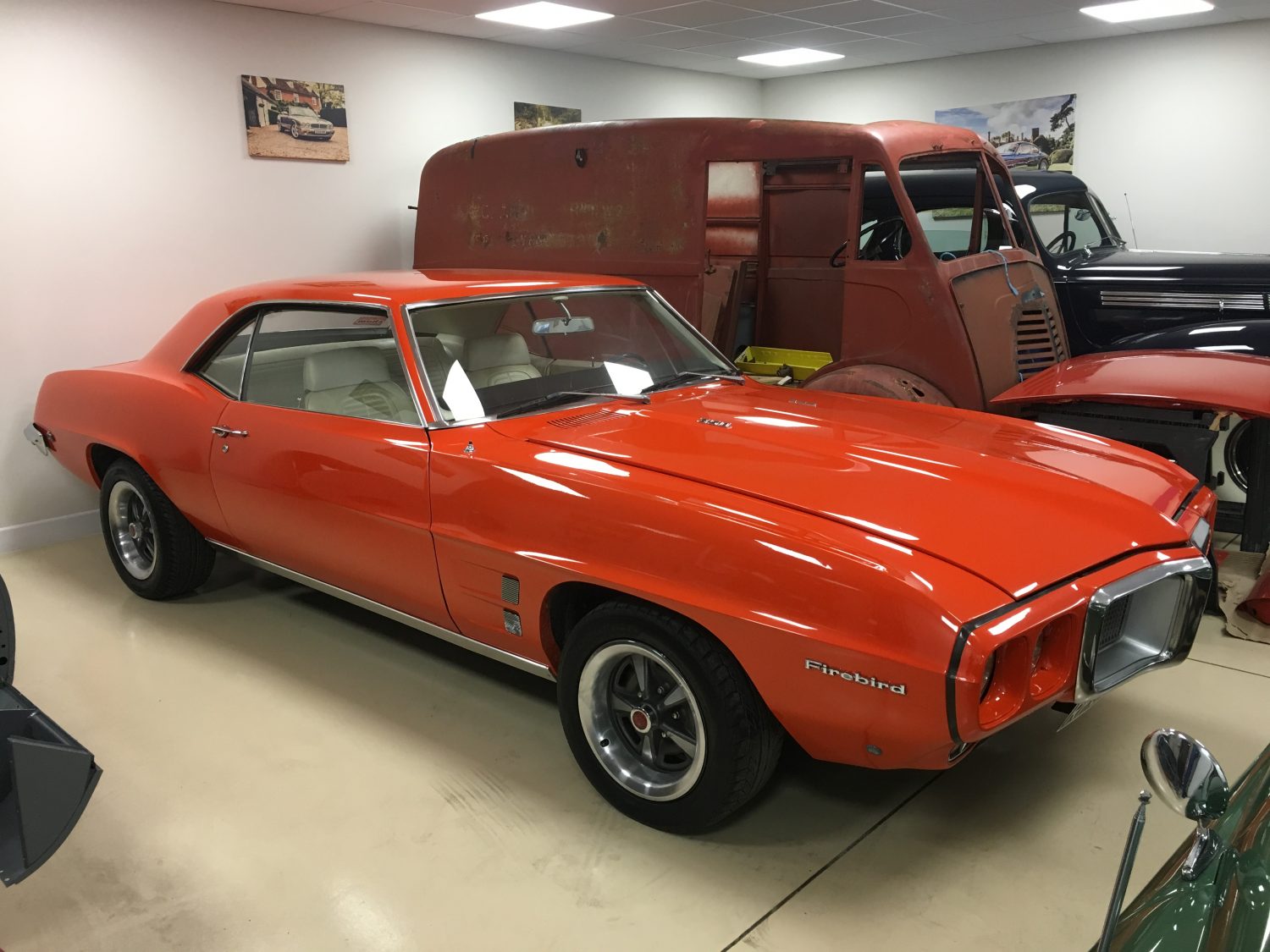 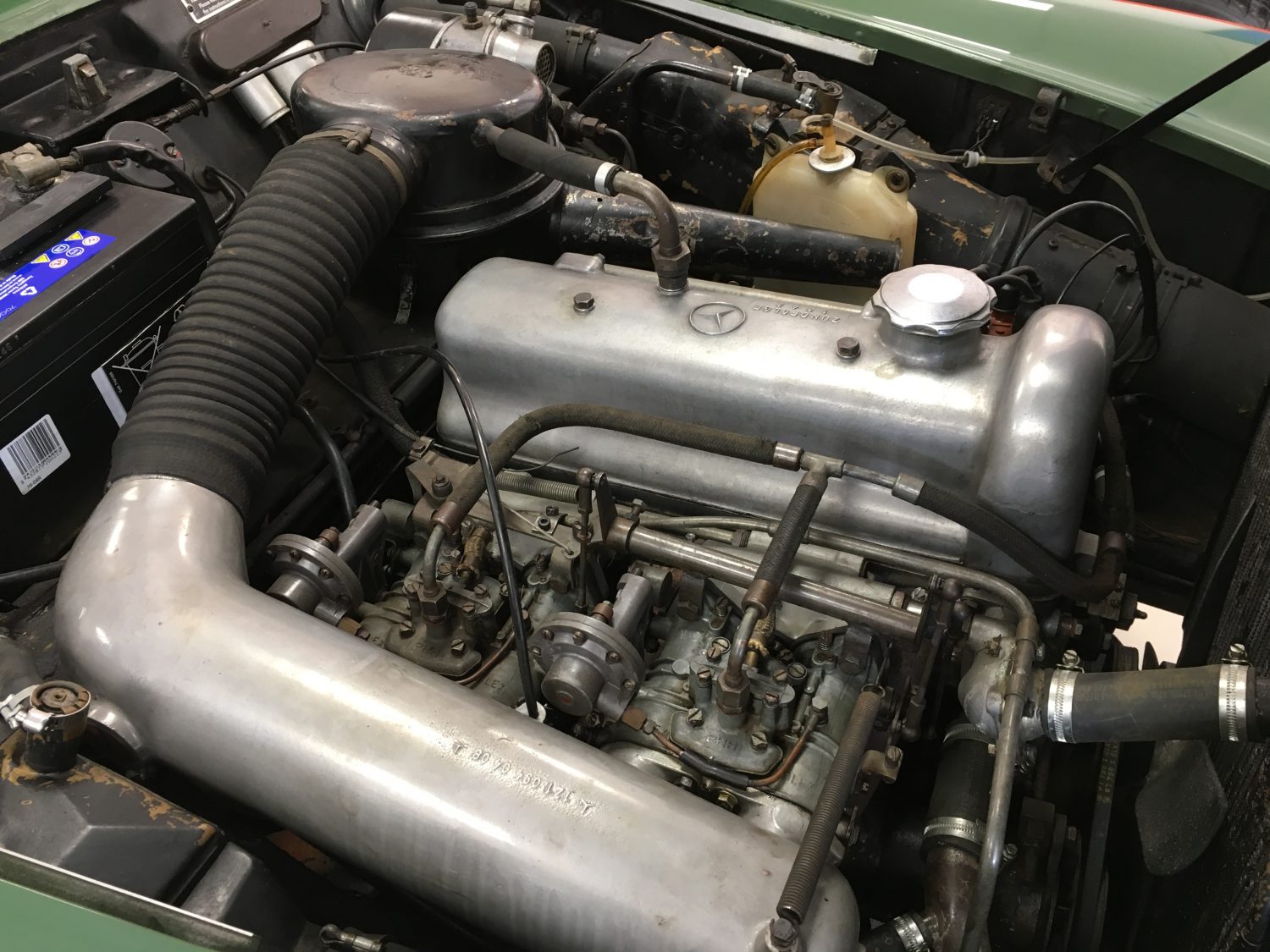 We are currently preparing our 1957 Mercedes 190SL for resale. This very rare and unique car has been sitting for a little while and although

Ady, our engine specialist, continues to strip down the engine on our 190 SL.

Our 1959 Mercedes 190SL is going through a complete engine rebuild due to a warped head. We’ve dropped the engine out and it is now with Ady for it’s rebuild.

Once the refacing is complete we will then have a perfect seal for the new head gasket to be fitted.

Mr Bertram Mills, one of the greatest showman of modern times, was brought up in a family that was for generations attached to the coach building trade. Recognised as one of the finest judges of horses in the world, his name is well-known in the racing world. He achieved fame as the promoter of great Olympia Circus and in 1934 he offered £10,000 for the capture of the Loch Ness Monster.

Our 1957 Mercedes 190SL was registered from new by Dorothy Mills of Knightsbridge, London.

Thanks, as always to Matt Wood from motorshots.co.uk who has done a fantastic job of capturing the beauty of our ‘un-restored’ 1957 Mercedes 190SL.

The day of our 1957 Mercedes 190SL and 1971 Jaguar E-Type photo shoot at Bentwaters Park. Automotive photographer Matt Woods from motorshots.co.uk shared some behind the scenes images with his 5000 followers.

We weren’t as fortunate with the weather as last year’s incredible sunshine but we still had an amazing day at Kersey Mill for this year’s Drive It Day.

As always, we got to spend the day with many of our friends from all over Suffolk. Lovely to see Howard from Howard Watts Automotive, Tony from Wyatt Polishing, Richard Wilding from the ODX Group and a huge thank you to Steve and Alison De Lara-Bell for organising a great day.

Owning a right hand drive Mercedes 190SL himself, British racing driver Max Chilton saw, liked and shared our 190SL with his 96,000 followers on Instagram. Thank you so much Max, glad you like the car.

Max Chilton is a Britishracing driver currently racing for Carlin Motorsport in the IndyCar Series.

Prior to IndyCar, he competed in Formula One, driving for Marussia F1 in 2013 and 2014. In 2012, he raced in the GP2 series for Marussia-backed Carlin Motorsport.

Max started his ascent to Formula 1 in karting at the age of 10 where regular podiums saw him graduate to T Car racing at the age of 14 where he stayed until 2007, finishing second in the Championship with an impressive 7 race wins.

Aged 16, he made the move up to single-seater racing with the Arena International Team in the highly respected Formula 3 series. After moving to Hitech Racing in 2008, he secured a podium finish in the first race of the season at Oulton Park, taking second spot, an astonishing achievement at such a young age. His impressive form continued with front row qualifications and a maiden pole in Monza.

The following year, Chilton returned to Formula 3 and moved to Carlin, securing the front of the grid at the inaugural race of the season at Oulton Park before taking 2 poles at Silverstone in Round 2, complementing them with podium finishes. His first Formula 3 win came in Portugal after a dominating qualifying session. He finished the season 4th in the standings, topping it off with a second place finish and a win at Brands Hatch.

Towards the end of 2009, Max raced for Addax in his first outing in a GP2 car before securing a full time drive with the Ocean Racing Technology team for the 2010 season. GP2 has proved a popular and hugely successful breeding ground for future Formula 1 stars with many of today’s elite coming through its ranks, including among others, Lewis Hamilton and Nico Rosberg.

It wasn’t long before Formula 1 came calling and in 2011, having impressed in GP2, Max was selected by the Force India F1 Team to take part in their Young Driver Test at one of the world’s most advanced and impressive tracks at Yas Marina Circuit, Abu Dhabi.

That same year, Max returned to GP2 with Carlin where he had previously raced in Formula 3. The partnership gained momentum and in 2012, the team received backing from the Marussia F1 Team. Shortly after, Max was celebrating second place in Malaysia and Monaco and an emphatic pole position in Hungary which he converted into his first race win. Another impressive position at the top of the podium came in Singapore on his way to 4th in the final standings and the highest placed British driver. During 2012, he impressed enough with the Marussia F1 Team at their Young Driver Test at Silverstone to be promoted to Reserve Driver.

Heading into 2013, Max became the latest and youngest in a prestigious line of British racing drivers to enter the exclusive world of Formula 1 as he secured his full race seat with Marussia, realising his dream to compete alongside the world’s elite at the pinnacle of racing. He helped them triumph over rivals Caterham in the Constructors Championship and throughout the year, using his uncanny gift of caring for his machinery, was able to set a World Record, finishing 19 of 19 races, the best finishing record for a rookie F1 driver, ever. He also achieved a highest place finish of 14th in Monaco and took the Team to Q2 alongside his teammate at the Belgium Grand Prix, the first time in the Anglo-Russian outfit’s history that it made it out of the first stage of Qualifying.

In January 2014, it was announced that Max was to retain his place with the Marussia F1 Team and take his seat in the new MR-03 Ferrari powered race car for 2014 and continued his impressive finishing record.  It was not until his 26th race in Canada that he experienced his first DNF.  A turbulent year followed with teammate Jules Bianchi’s terrible crash (Forze Jules!) and Marussia in financial difficulties eventually leading to them missing the final three races of the season.

In 2015 Max joined the ill-fated Nissan Nismo project in the highly acclaimed World Endurance Championship where he sadly had to retire in the 23rd hour of the famous Le Mans 24 hour race.  This would be the only event that Nissan would enter in the LMP1 category which although frustrating, provided Max with an opportunity to go to the US and support Carlin as they embarked on their American Indy Car Programme.  Max ended up doing three quarters of a full season and picked up 6 podiums, 3 poles, 2 fastest laps and a win at Iowa Speedway on his first even oval course.  This win triggered calls from numerous Verizon IndyCar teams and it wasn’t long before Max penned his signature onto a Chip Ganassi contract.  He is competing for the Ganassi team for a full IndyCar season and will partner reigning Champion Scott Dixon in the Chevrolet powered outfit.

The 2017 season saw Max demonstrate the progress he had made in the series, again teaming up with Chip Ganassi Racing for his second season.  The highlight of the year was 4th place at the 101st Indianapolis 500, with Max leading 50 laps, more than any other driver, to lose the lead with just five laps to go.

At the end of 2017, Max rejoined the Carlin team for their new Verizon IndyCar programme, reunited once again with former Ganassi team mate Charlie Kimball.  Using his two seasons of experience in the series and relationship with the team, Max plays a pivotal role in helping single-seater experts Carlin get up to speed quickly in their debut season.  Max is proud once again to carry the colours and branding of global insurance brokerage and risk management services firm  Gallagher on the No. 59 car in 2018.

We are currently preparing our 1957 Mercedes 190SL for resale. This very rare and unique car has been sitting for a little while and although in great mechanical order she is not running perfectly so we are spending some time getting her back to her best and ready to find a new home.

As you can see, we have dropped the fuel out as it is very dirty and old so the system will be cleaned out followed by new fuel being added.

The system was flooding so we have removed the air filter set up, free’d up the needles and adjusted the carbs.

The car is once again running beautifully and ready to impress at any show this summer.

This incredibly rare, original and award winning 190 SL was first registered on 11th November 1957. Purchased for the sum of £1957.00 by Violet Dorothy Mills, part of the Bertram Mills Circus family who’s residence in Knightsbridge is present on the original registration book.

This beautiful example comes un-restored, un-touched and totally original. The car has aged wonderfully and it’s rarity in this form makes this a fantastic investment opportunity for collectors and enthusiasts alike.