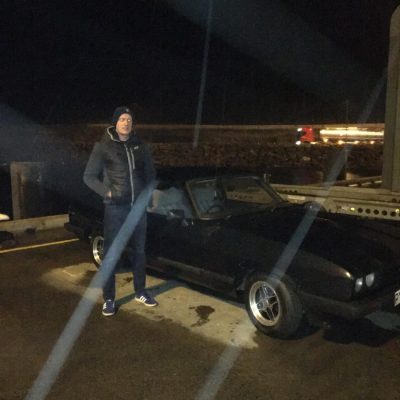 Our latest winners have taken delivery of their cars! Recently we had the draw for the 1983 Ford Capri and then a week later the 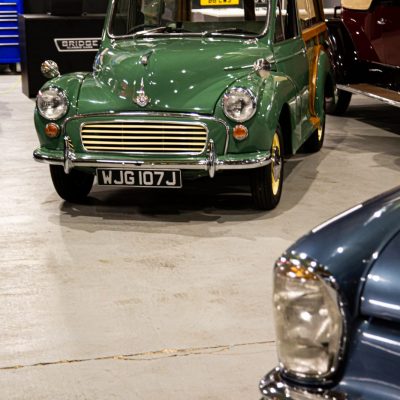 Behind the Scenes – Live Draw of the 1971 Morris Traveller

Thursday nights draw was a bit different than normal. It first started with the NCCSF Lotus Elise being driven to the runway near our hanger 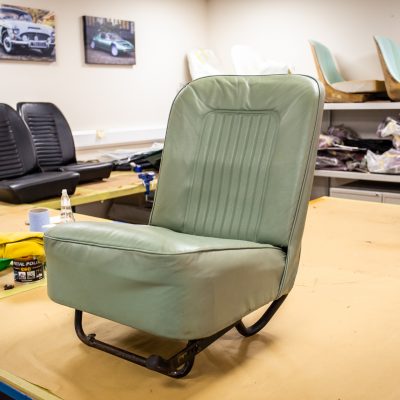 Take a Seat – Repairing the Seat on the 1971 Morris Traveller 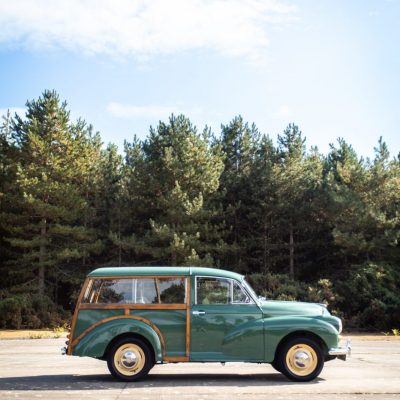 The 1970 Morris Traveller 1000 has been revealed as our latest competition car! It is a smashing little car. It’s so quirky and full of 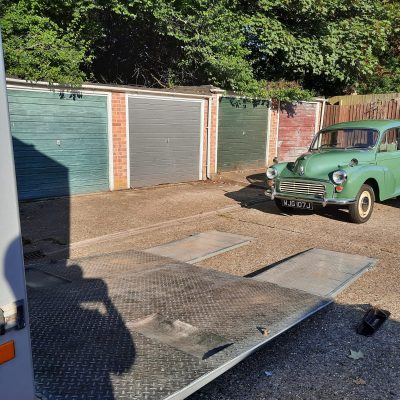 We have a rare treat coming into us here at Bridge Classic Cars very soon. This lovely little 1971 Morris Traveller 1000. This piece of

The Ford Capri has gone all the way up to the Orkney Islands in Scotland! Bridge Classic Cars had the car transported to the port closest to the island for a very excited John Macintosh to take delivery of his stunning classic Ford Capri and take back to the island. John’s winning ticket of 3775 bagged him this 1980s icon and we wish him all the best with the car in the future.

The Morris Traveller draw was held the week after the Capri. The car, which was won by John Turner, was delivered down to Devon for its ecstatic new owner. John’s face tells the whole story of this wonderful classic Morris. It’s simple charm and universal love is what a classic car is all about and with the winning ticket of 896, we wish John Turner all the excitement with this wonderful Morris Traveller.

Fancy bagging yourself a dream classic? Then head over to Bridge Classic Cars Competitions and enter now for your chance to win a classic car by clicking the link below.

Behind the Scenes – Live Draw of the 1971 Morris Traveller

Thursday nights draw was a bit different than normal. It first started with the NCCSF Lotus Elise being driven to the runway near our hanger at RAF Bentwaters and secondly because it was our Director, Craig, who was carrying out proceedings for the night.

After a quick walk around of the bright yellow final production run Elise by Craig and Freddie, it was time to work our way through the hanger. Next up was the newly released 1984 BMW 635CSi, this is our latest competition car which people are already really interested in and is an incredible example of a German classic GT car.

Alongside it was the very rare RHD 1967 Ford Mustang Convertible. Finished in pale blue with some genuine Shelby GT350 parts, this car is a very good example of a replica done right with the RHD conversion makes it all the more useable here in the UK. More on this car later.

Then at the end of the row was the 1969 Mercedes 250SE W111 Coupe. A wonderful piece of luxury, style and grace. The car is imposing to say the least but it conducts itself with a sense of poise and decorum as you would expect with a 1960s Mercedes.

Finally, the bit everybody had been waiting for. The draw of 1971 Morris Traveller 1000. This little car was massively popular and sold out around 24 hours before the draw. With the entries confirmed on the pre-published entry list on the Bridge Classic Cars Competitions website, it was time to fire up the random number generator to see who would be this wonderful little cars new owner.

Congratulations to the winner John Turner with the winning ticket of 896!

Take a Seat – Repairing the Seat on the 1971 Morris Traveller

This is one of the seats from the 1971 Morris Traveller 1000 which has been announced as the latest car to be won on Bridge Classic Cars Competitions.

Before then, this seat is going to need to visit our in-house trim shop where Kath will work her magic.

After assessing the damage to the top part of the seat, Kath said it could be repaired. Carefully, Kath removed the seat cover in order to have it laid out flat to come up with a plan to fix the tear.

Each of the pieces was removed one by one and labelled for the reassembly. The tear was skillfully repaired by Kath, whose experience and knowledge of trim work meant that there is almost no evidence that it was ever there.

Then, it was time to start putting everything back together. Kath gathered the closest thread to the original and began to reseam the seat to match the rest of the seats.

And here is the end result! Every part of the seat has been checked by Kath before its reassembly and all seemed to be ok. The finish on the repaired seat is fitting for the Traveller. It’s still original and perfectly useable for such a fun and quirky little car.

You can enter the draw for the 1971 Morris Traveller by clicking the link below!

Enter the draw for the 1971 Morris Traveller

The 1970 Morris Traveller 1000 has been revealed as our latest competition car!

It is a smashing little car. It’s so quirky and full of character that you can help but smile and be happy when you’re around it. Who doesn’t love a Moggy Traveller!?

This particular car has been kept in amazing condition but has been loved and used by its previous owners. It has a massive file of history and paperwork that goes along with it. But, you could become the new lucky owner of this stunning Morris Traveller…

Just head over to the Bridge Classic Cars Competitions by clicking the link below and entering the draw.

We have a rare treat coming into us here at Bridge Classic Cars very soon. This lovely little 1971 Morris Traveller 1000.

This piece of British motoring nostalgia is coming in to be assessed by our in-house restoration team to see what this wonderful little car will need to be in tip-top condition.

Expect to see more on this fantastic 1971 Morris Traveller 1000 at Bridge Classic Cars in Suffolk, UK soon on our News Page.